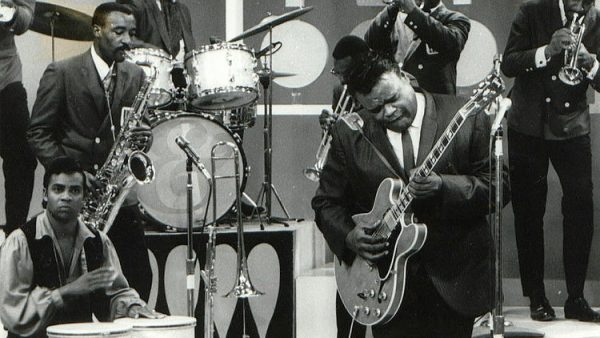 What can I say about the great Freddie King? The man is an institution and absolute powerhouse of an electric Blues guitar player. He profoundly influenced scores of guitarists and ushered in a whole new approach to the instrument. “Sen-Sa-Shun,” comes from his seminal 1961 instrumental album Let’s Hide Away and Dance Away with Freddie King, which was released on King Records. Every single one of the twelve tracks on this album is a lesson in groove, tone and feeling. It was hard to pick one, I could listen to all of ’em on repeat for hours on end, only having to stop to give my facial muscles a rest from uncontrollable reactions to King‘s musical fire. Sometimes all I can do is shake my head and marvel at his mastery. He is at once understated and unabashedly aggressive. He gets right to the point, playing with a purity and a simplicity that belies the wisdom, maturity and sheer strength required to even approach playing in his vein.

Becoming affectionately known as the “Texas Cannonball”, Freddie King was born in (you guessed it) the great state of Texas in the year of 1934. He started playing and developing his abilities on the guitar at the age of six, picking up heavy doses of  the Texas Blues characteristic of artists such as Lighting Hopkins and T-Bone Walker . In 1949, his family moved from Dallas to the south side of Chicago. While still a teen, King began working at a steel mill and frequenting the local blues clubs. In those south side nightclubs, King saw and soaked up the stylings of the likes of Muddy Waters, Howlin’ Wolf and Elmore James.

One of the keys to what became King‘s style is indeed his fusion of Texas Blues and Chicago Blues. He began recording in the early 50’s, but many of those early recordings have never been heard. By the mid to late ’50s he began cutting sessions as a leader, establishing himself as a force to be reckoned with.

By the early ’60s, largely on the strength of the aforementioned instrumental releases, King was a household name among many a young burgeoning guitarist, blues aficionados as well as Surf music pioneers. His widespread popularity resulted in near constant touring. At nearly 300 nights per year, the road became King‘s home. His relentless schedule and poor diet brought him down quickly. He died at the age of 42 as a result of the complications of the stomach ulcers that he’d suffered from for years, along with a case of acute pancreatitis. Freddie King played like he lived–full tilt and holding nothing back. All hail Freddie King! 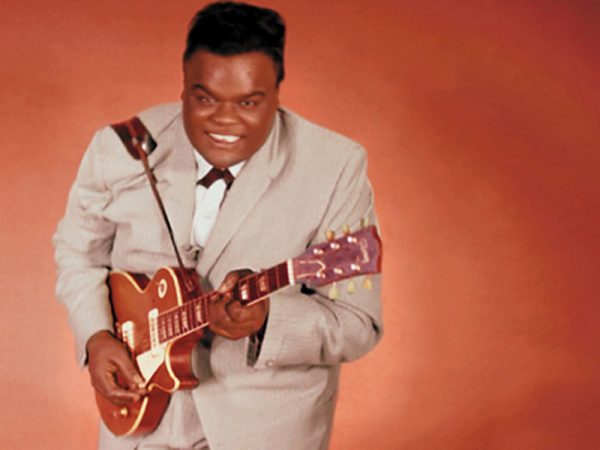