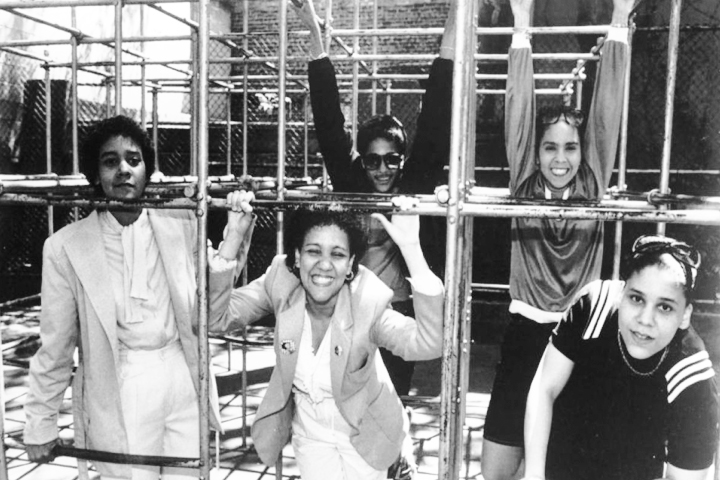 ESG are one of those absolutely magical acts that I feel in love with from the first couple of notes I ever heard them play. The group, initially composed of four sisters from the Bronx and their friend percussionist Tito Libran, was formed in 1978 and played a kind of mutant South Bronx funk that directly connects black music of the period to punk and post punk. Despite being mostly influenced by the irresistible funk of James Brown, there is more than a little Public Image Ltd. to ESG‘s sound.

Part of this may be the initial championing of the band by the late Factory Records mogul, Tony Wilson, who heard the band at a New York talent contest and was so taken by their sound that he recorded an EP with them days later in the UK, produced by genius post-punk producer, Martin Hannett.

There is something still incredibly vital about ESG‘s sound, but despite their popularity with the likes of Wilson, record critics and hip-hop artists (who frequently sampled their spare, drum, bass and vocal rhythm-heavy sound) the group never really achieved commercial success. Indeed, the band was sampled by several big hip-hop and R&B acts including TLC, the Wu-Tang Clan, Kool Moe Dee, the Beastie Boys, Big Daddy Kane, Gang Starr, Junior Mafia, Tricky and Jay-Dee. The group addressed this issue on the 1992 12″ EP Sample Credits Don’t Pay Our Bills.

ESG‘s group’s initial run ran from 1978-1985, but they have subsequently broken up and reformed a number of times: periodically touring and issuing albums or EPs. It seems that ESG‘s good standing among music critics and other musicians is finally catching up with them and they have developed a significant cult following. Catch them live if you can, they remain one of the best live acts around.

“Bam Bam Jam” is a great example of ESG‘s sound and the band doing all the things it does best. The song is incredibly spare, powered by a funky bass line, drums and tough as nails vocals and then punctuated with occasional percussion. The song moves fast and hits hard, with all the dance potential of funk and the attitude and energy of post-punk.