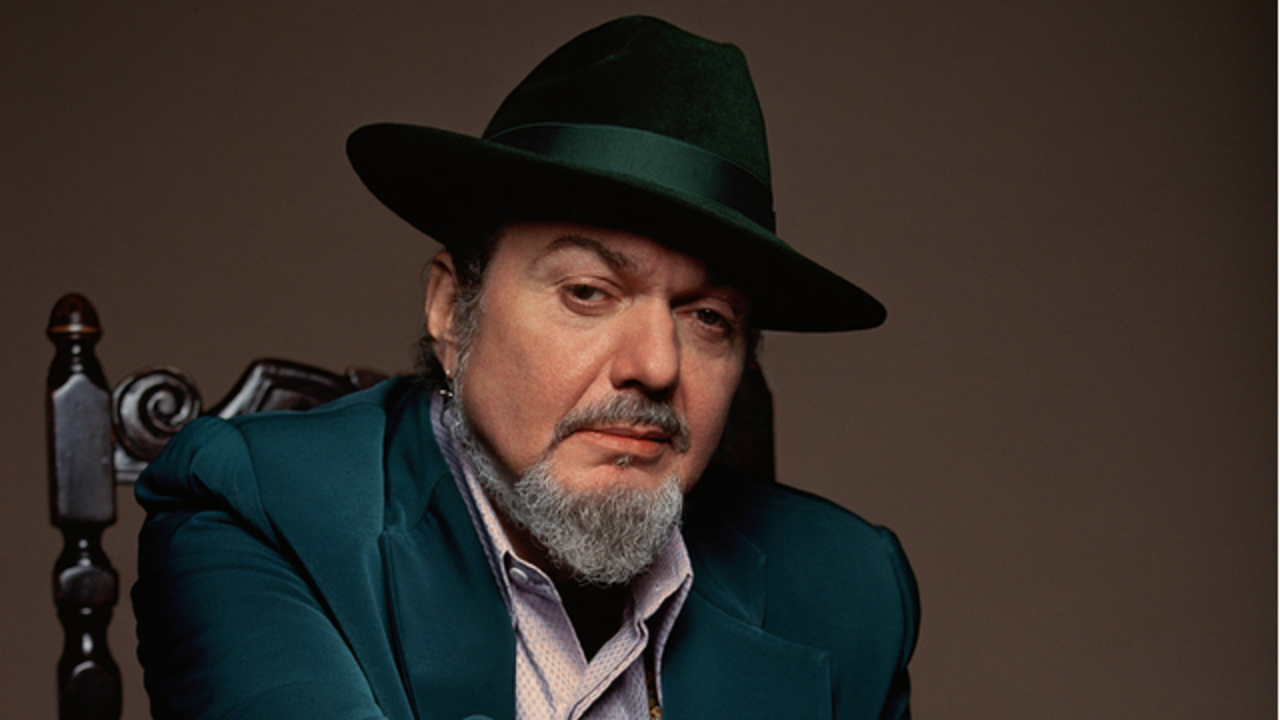 It is with the greatest of affection that we remember the New Orleans musician, Dr. John, who sadly passed away yesterday at the age of 77. Dr. John was a wonderfully gifted songwriter and performer who really dug into the essence of his native New Orleans. For many people, Dr. John was a living symbol of that great, multicultural city’s ongoing musical legacy. He was one of the greats from a place that had given us so many of the greats who had shaped American culture for the better. The music of New Orleans, in many ways, and despite the troubled history of that city, is music that speaks to the better angels of the American idiom. He was one of its great ambassadors. Dr. John, as much as anyone, embodied the very spirit of New Orleans and its joyous, lively, splendid, otherworldly character.

Dr. John was the stage name of Malcolm John “Mac” Rebennack. He was born in New Orleans in 1941 and grew up in the 3rd Ward. While the young Rebennack had loved music from an early age, he did not learn to play an instrument until he was a teenager, eventually picking up the piano and especially the guitar. He did absorb a lot of music in his early years. His father was the owner of a combination appliance store and record shop and exposed Rebennack at an early age to jazz music, in particular New Orleans royalty King Oliver and Louis Armstrong. He also began to listen to early rock and roll records through his father’s shop.

Rebennack developed as a guitar player quickly, soon finding himself gigging around the various clubs in New Orleans. When he was 13, Rebennack met the great New Orleans pianist Professor Longhair. Instantly enamored with Longhair‘s larger than life style and personality, Rebennack managed to parlay his appreciation for Longhair as a gig as a regular sideman.

Throughout the ’50s, Rebennack developed a reputation as an in-demand guitarist and sideman. He gigged throughout New Orleans, toured extensively within the region and worked with New Orleans luminaries. He landed a job as a producer with Ace records at the tender age of 16, which brought him into the orbit of still more greats including James Booker. Always rebellious, Rebennack struggled with the strict Jesuit school he attended. His frequent late night gigging. He would eventually drop out of school to focus on music. Around this time, he also put together his own jazz combo: Mac Rebennack and the Skyliners.

Sadly, Rebennack‘s career as a guitarist was nearly ended in 1960 when he was hit by a gunshot at a Jackson, Mississippi gig. The bullet took off part of the the ring finger on his left hand, making it difficult for him to solo and to play certain chords. After the injury, Rebennack discovered he had to change and after trying to become a bass player decided to switch to the piano, developing a style influenced by his old mentor, Professor Longhair.

Struggling to find paying session work while he recovered from the gunshot wound and developed his piano chops, Rebennack turned to selling drugs and running a brothel. He was eventually arrested on drug charges and sentenced to two years in a federal prison at Fort Worth, Texas. Following his release from prison in 1965, de departed for Los Angeles, where he took on his stage identity, Dr. John, The Night Tripper.

Strongly influenced by New Orleans voodoo culture, the Dr. John persona combined traditional New Orleans R&B with emerging psychedelic and acid rock of the period. Dr. John released his first LP Gris-Gris (the title slang for “voodoo medicine”) in 1968. The record was smash, taking both the R&B and rock world’s by storm and Dr. John began releasing records at a breakneck pace. Gris-Gris was soon followed by Babylon (1969), Remedies (1970) and The Sun, Moon, and Herbs (1971): all of which are classics of the psychedelic R&B sub-genre that Dr. John pioneered. He also included a number of political songs, subtly criticizing the Vietnam War (and militant patriotism) with his song “Patriotic Flag Waver” and strongly supporting the Civil Rights movement.

Hot on the heals of these released, he also released a well-regarded record of New Orleans standards, Dr. John’s Gumbo. This record allowed him to partially shed the psychedelic-influences and to return to his roots in New Orleans R&B. He incorporated this re-embrace of New Orleans R&B and funk for his subsequent two records, followed this up with his subsequent two albums, In the Right Place and Desitively Bonnaroo. The former provided Dr. John with his signature song, “Right Place Wrong Time” while the latter would eventually provide the name for the Tennessee music festival.

Now cemented as an internationally regarded fixture in popular music, Dr. John would continue to work relentlessly. He recorded frequently, appeared in the Martin Scorcese music doc, The Last Waltz, documenting the final concert of The Band. He would later appear in The Blues Brothers sequel, Blues Brothers 2000 as himself.

Of his later work, of particular note is his album of solo piano performances, Dr. John plays Mac Rebennack Vol 1 and 2. The records featured the Doctor playing extended piano interpretations of his own songs, jazz, R&B, country and other New Orleans standards. The records showcased his often underrated talents as a pianist and the wide variety of piano styles he was able to play in. Dr. John also recorded tribute albums to several of his musical heroes including Duke Ellington, Louis Armstrong and King Oliver.

Dr. John seemed like one of those figures who would always be there. He toured constantly and remained a permanent fixture in American popular culture. He was always there: dependable and brilliant. He never lost his love for his home town either. Despite years in LA, he moved back to New Orleans a few years ago and appeared to be enjoying spending his time around his old haunts. His death yesterday, the result of a heart attack, came as a surprise. Though he had enjoyed a long and illustrious career, there is still the sense that he is gone too soon.

In some ways, Dr. John was a living symbol of both Americas love affair with New Orleans and of New Orleans’ love affair with its own musical history. Dr. John inserted himself into that history. Fittingly, his last completed record was a tribute to another of New Orleans’ favorite sons: Louis Armstrong, with Ske-Dat-De-Dat: The Spirit of Satch. While a lot of what we think of old New Orleans has gradually disappeared over the years, a function of the devastation of Hurricane Katrina, of gentrification resulting from the dissemination and concentration of global capital, and time eventually claiming everything and everyone, the spirit of New Orleans lives on in other ways. It lived strongly in Dr. John. He is now part of what is gone, but his essence lives on in the many wonderful recordings he left us. 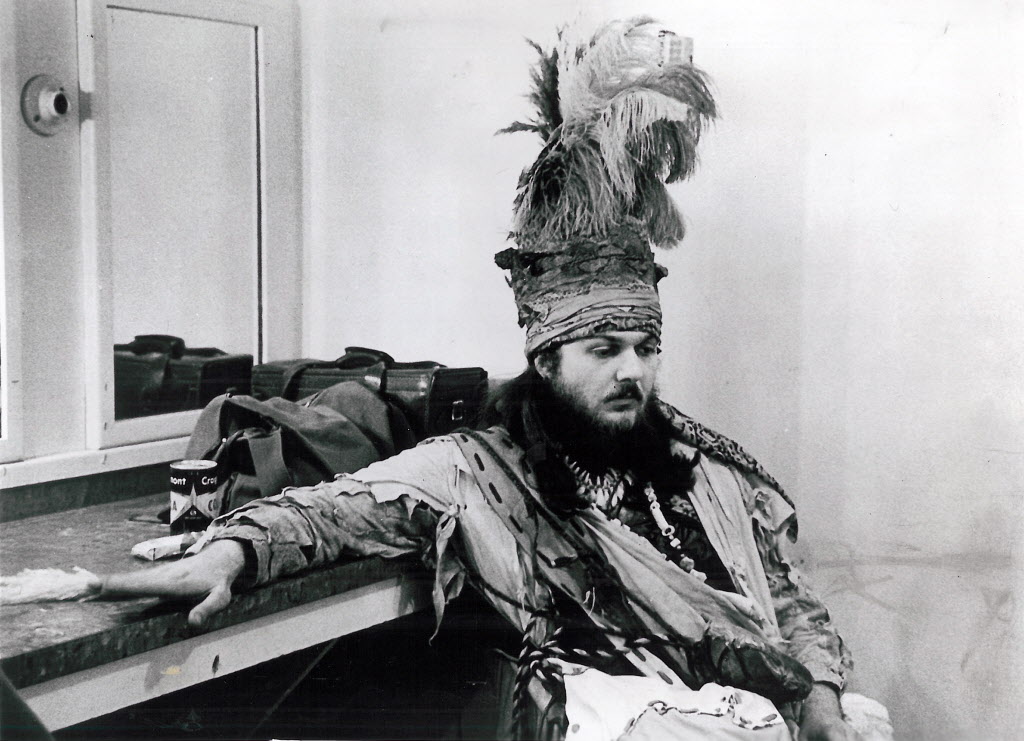