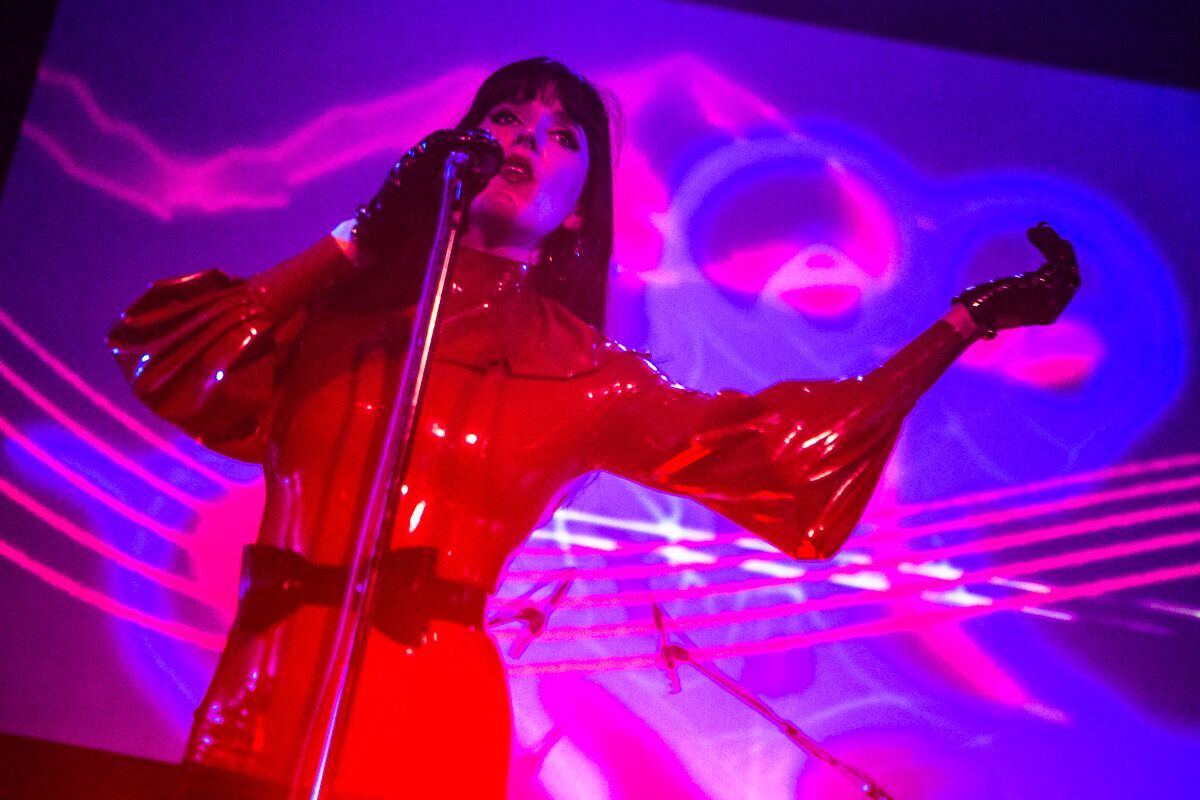 Megan Louise‘s nu-disco/ synth-pop project, Desire remains one of the most compelling within the Italians Do It Better roster. Louise‘s bubbly personality and proclivities for latex cat suits tend to inject a certain sunniness that can be missing from much of the label’s output. Indeed, Desire‘s opening support slot for Chromatics on their recent North American tour was a real highlight, with Louise‘s incredible stage presence and force of personality threatening to totally steal the show.

A highlight from her live set was a cover of New Order‘s seminal club anthem to romantic confusion, “Bizarre Love Triangle”. Now Italians Do It Better have released a digital (and hopefully, eventually physical media) single recording of Desire‘s bouncy read of the song. While not a major departure different musically from the New Order synth-forward original, the Desire cover is a whole lot of fun in its own right. The song feels like it was written with Louise‘s particular sensibilities specifically in mind and manages to insert some winking nods and winks to some of New Order‘s other works, including an outro that riffs on the famous drum machine fill on “Blue Monday”, as well as a minor key synth break that references “Elegia”. An already great song may have just found its ideal interpreter.