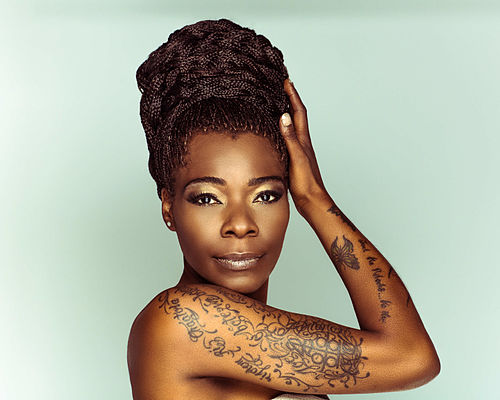 I’m a sucker for Spanish guitar and powerhouse female vocalists, so Buika is a no-brainer for me. Concha Buika was born in Palma de Mallorca in Spain to parents form Equatorial Guinea, and her music is a beautiful fusion of flamenco, latin-jazz, pop, and African-polyrhythm. “No Habra Nadie En El Mundo,” is off of Buika’s third album entitled Nina de Fuego, released in 2008. (I find this album title, “Little Girl of Fire” to be a bit odd since what we get from Buika is anything but little.)

Javier Limon, a Grammy award winning producer from Madrid, plays guitar and produced Buika‘s album. Limon gives Buika‘s voice, which is filled with vibrato, husk, soul, and sometimes anguish- the room to express itself on the album as a whole and in particular this track. She sings with her whole body, using her hands to boost her voice when the song feels like it can’t contain all of the emotion.

I speak some Spanish but I had to Google-translate the lyrics because Buika isn’t just writing a love song- she’s writing romantic and sometimes tragic love poetry.

Since water is free
Lives free between springs,
Jasmines have cried
and I don’t understand how
In your eyes girl, there is only desert.

That’s the type of romance that was meant to be expressed with flamenco passion and romance offered to the listener as art.
Take  listen here!