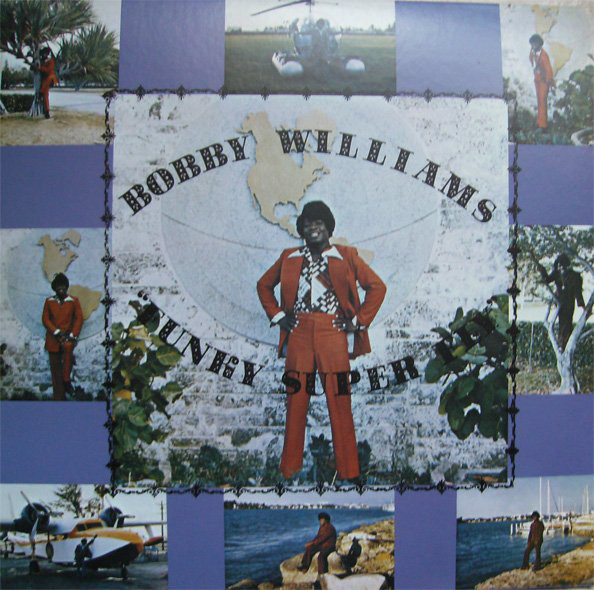 I’ve been collecting records for over thirty five years, DJing for almost thirty and selling records for twenty. I’ve looked at LOTS of records over the years and every now and then you see/find a record that you’ve never heard of but know right away (before hearing it) that its going to be special. Bobby Williams‘ “Funky Superfly” LP was one of those records.

A few years ago I was on a house call (one way record store owners find stock) looking through an edldery woman’s collection of good but pretty standard soul LP’s, Lou Rawls, Commodores, Earth Wind and Fire etc. when I saw this crazy guy standing in front of world map looking like James Brown. The title, ‘Funky Superfly’, sealed it. I bought her collection and when I got home the first record I played was that one and wow! If you’re going to name your record “Funky Superfly” you better be funky, and Mr. Williams sure is. The track here is the first one on side two and it’s a burner. Pure James Brown funk with great shout outs throughout.

Finding biographical info on Williams is tough, but we do know he was born in South Carolina and raised in Washington, DC. He ended up in Orlando, FL where he recorded this song. He also did some recordings in Georgia. He passed away in 1992. Thank goodness his music is still around. The record I found is now very expensive but reissues do exist.