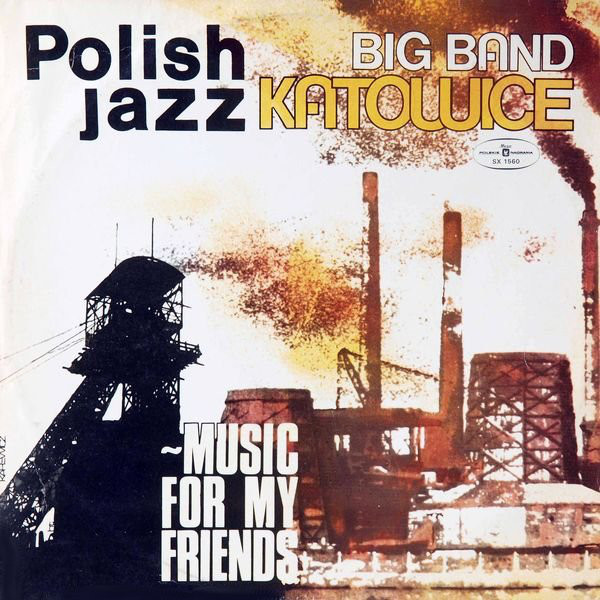 A highlight from Polish jazz-fusion group Big Band Katowice‘s sole 1978 LP, Music For My Friends, is their read of pianist Keith Jarrett‘s composition, “Sorcery”. I first encountered the track on the brilliant compilation of Warsaw Pact-era Eastern European jazz, Between Or Beyond The Iron Curtain, which features a number of progressive jazz tracks that were recorded in Poland and Czechoslovakia throughout the ’60s and ’70s. While very little infromation in English is available about Big Band Katowice other than that the group were known throughout Eastern Europe for their trademarked “Silesian sound” and that the lineup consisted of students from the Katowice Academy of Music. It would includes some of the brightest stars from Polish Jazz constellation of 1970s that formed leading jazz-rock bands of that era.

Jazz, including avant-garde and fusion had a surprisingly strong presence in Communist-era Poland. The music, by virtue of being instrumental, proved to be relatively immune to censorship of the era, allowing for a vibrant Polish jazz scene that could be both challenging and transgressive in its own way. Polish jazz musicians took their inspiration from smuggled in or bootleg American jazz records dripping in from the West as well as from their fellow Eastern Europeans. A number of prominent jazz musicians emerged from this era, including notably, Krzysztof Komeda, who went on to score a number of Western films, including Rosemary’s Baby. 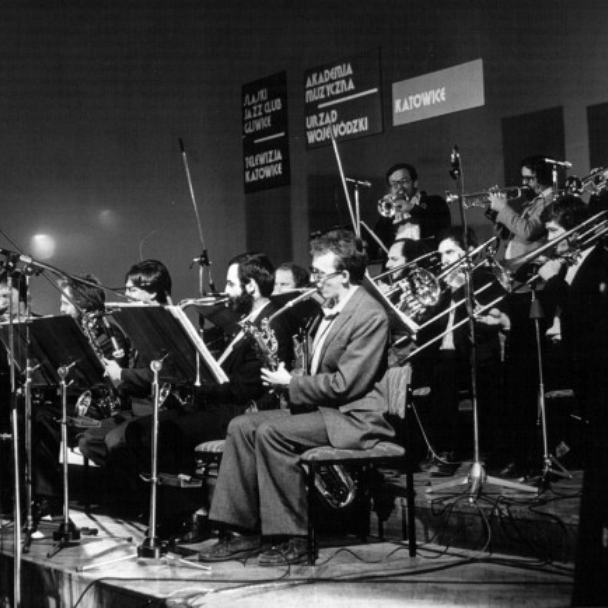