Song of the Day: A Certain Ratio “Do The Du”

A Certain Ratio were always one of the more interesting bands in the Factory Records roster. A favorite of label boss Tony Wilson, the group played a a jagged mixture of Mancunian funk and visceral post-punk. One of the things that really made the group stand out was their wholehearted embrace of disco during a time when punk had declared war on disco and the still simmering tensions remained throughout the still highly stratified popular music world.

The band was formed in 1977 in Manchester by singer Simon Topping and guitar/electronics player Peter Terrell. The pair initially performed as a duo but were quickly joined by bassist Jez Kerr and then guitarist/trumpeter Martin Moscrop. It would be years before the band would add a permanent drummer, initially relying on session help and early sequencers. Unlike many of their post-punk peers, the band’s key musical influences were funk (thought they took their name from a Brian Eno song). Key touchstones included Earth, Wind & Fire and the p-funk of Parliament/Funkadelic.

Being a Factory act, the band also benefited from the production touch of madman producer, Martin Hannett who helped the band hone their bass-heavy industrial funk sound in the studio to a sharpened point that could cut deeper than even their frenetic live shows. Hannett also pushed the band into dub territory including having the band turn out a surprise cover of Sir Horatio‘s “Abracadubra” in 1982.

“Do The Du” features some incredibly cheeky lyrics that, sung in singer Simon Topping‘s distinct monotone, do not initially register. The absolute bleakness of the song’s subject matter runs counter to the upbeat funk/punk energy that the band are otherwise serving up. 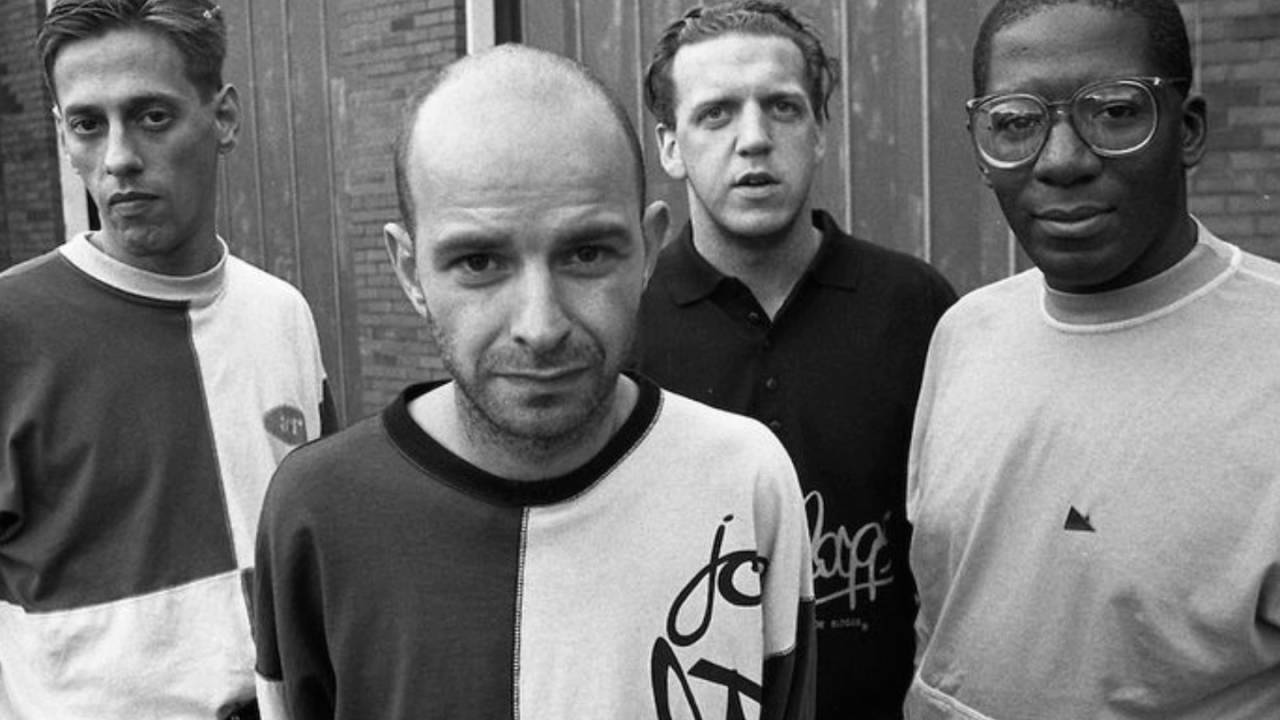