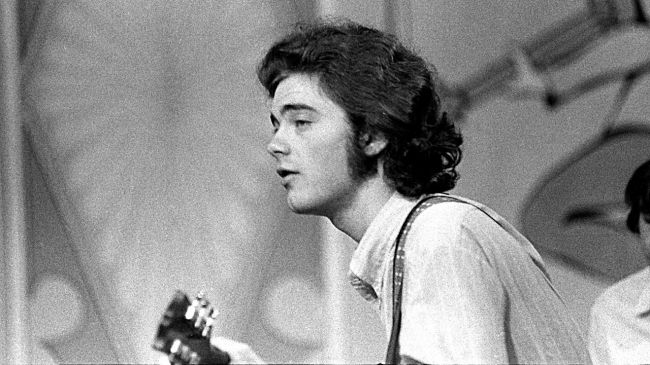 a psychedelic rock visionary of the highest order

It is with the greatest of sadness that I must mark the passing of the great psych rocker and 13th Floor Elevators front man, Roky Erickson. Erickson sadly passed away last Friday at the age of 71. He had struggled with physical and mental health issues for decades, but managed to have a surprisingly robust musical career, despite his troubles. Erickson was responsible for some of the most wonderfully warped psychedelia and garage rock over the course of a career that spanned over 50 years (with some interruptions). He was one of the under-sung greats and should be remembered. I have previously featured his work on the site here and here.

Roky Erickson was born in Dallas in 1947. He was deeply interested in music from an early age and taught himself to play both the guitar and the piano between the ages of 5 and 10. His family relocated to Austin where Roky, always a rebel and iconoclast, dropped out of high school one month before graduation rather than cut his long hair or conform to the school’s strict dress code. No matter, Erickson had his mind set on becoming a musician.

Erickson presides over [the song] like a half-mad shaman

He got together a group, The Spades, who scored a regional hit with Erickson‘s song, “We Sell Soul”. The track was a country-inflected slice of psychedelia and prominently featured Erickson‘s sung/shouted vocals. Indeed, Erickson is one of the great rock and roll shouters, with his almost primal wail perfectly fitting the often mind-bending music he was writing and hinting at the deeper troubles that would catch-up with him later in life.

Alas, The Spades proved to be a short-lived enterprise, and Erickson swiftly moved on to co-founding the seminal psych rock outfit, the 13th Floor Elevators in late 1965 (along with Tommy Hall and Stacy Sutherland). Erickson and Hall were the main songwriters. The group also nearly recruited and a young Janis Joplin before she was lured away from Texas to pursue a career in the burgeoning San Francisco scene. The Elevators ramped-up what had always been just below the surface in the The Spades sound: experimenting with extended instrumental passages and generally experimenting in the weirder outskirts of garage rock.

The group released their first full-length, The Psychedelic Sounds of the 13th Floor Elevators in 1966, when Erickson was just 19. The record included not only the Elevators‘ best known hit, the sonic assault “You’re Gonna Miss Me”, over which Erickson presides over like a half-mad shaman – screaming into a thunderstorm, directing blasts of lightning with his guitar, as well as the trippy pop of “Splash 1” and bent, disorienting “Roller Coaster”.

Erickson and his fellow travelers further refined their craft on their sophomore effort, released the following year, Easter Everywhere. That record found the band truly hitting its stride. The album featured the band’s most focused and trippy anthem, “Slip Inside This House” as well as their deeply strange and moving cover of Bob Dylan‘s “It’s All Over Now, Baby Blue”. The band was also experimenting will drugs, including liberal doses of LSD. The group’s outspoken support for the drugs saw them become a favorite target of the strict Texas law-enforcement agencies, and would subsequently cause them problems.

The liberal use of psychedelics may have had a hand in Erickson‘s precarious mental health becoming fully unmoored. During a 1968 festival appearance, Erickson began speaking gibberish mid show. Shortly thereafter, he was diagnosed with paranoid schizophrenia and sent to a Houston psychiatric hospital. There he received he involuntarily electro-shock therapy, which Erickson has stated may have contributed to his further mental health issues.

In 1969, Erickson was arrested for possession of a single marijuana joint in Austin. Facing a potential ten-year prison sentence, he opted to plead insanity in order to avoid prison, with his prior stint in the Houston psychiatric hospital used as evidence. Erickson was was first sent to the Austin State Hospital but after numerous successful escapes, he was sent to the Rusk State Hospital where subjected to more electroshock therapy and other treatments. He would not be released until 1972.

While at the Rusk State Hospital, Erickson was given access to a guitar and tape recorded, which allowed him to record a handful of songs that were released in 1999. Following his release, Erickson formed the new group, The Aliens and took his music in more of a hard rock (and occasionally, country) direction. Many of his lyrics took on demonic and demonic themes, something that appeared to be a residual product of the treatments that he received. Despite this, he also crafted a number of absolutely gorgeous ballads.

While Erickson was able to gig, fronting a number of groups including the aforementioned Aliens, but also The Explosives, The Martians and others, he found the demands of constantly touring to be too much for him. As musical tastes began to change, he also found that his audiences began to dwindle. Beginning in the 1980s, a down on his luck Erickson developed a years-long obsession with the mail. He would spend hours making a study of junk mail and would write extensive letters to the mailers of these adverts and to both living and dead celebrities (ala Moses Herzog in Saul Bellow‘s novel, Herzog).

Eventually, this obsession proved to be problematic when Erickson was arrested in 1989 for mail theft when it was discovered that he had picked up mail from neighbors who had moved and taped it to the walls of his home. Fortunately, the charges were ultimately dropped. This saga and many of the other mental health issues that Erickson faced were eventually documented in the 2005 documentary about him, You’re Gonna Miss Me.

Fortunately for Roky, his music had deeply touched a number of subsequent psychedelic acts, and a number of them came to his recuse. A tribute album, Where the Pyramid Meets the Eye, benefiting Erickson was put together featuring the talents of The Jesus and Mary Chain, R.E.M., ZZ Top,Julian Cope, Primal Scream and other contemporary psych acts. Henry Rollins‘ publishing imprint collected his lyrics and released them as a book.

This support convinced Erickson to start recording again in 1995. Erickson also received the help of his younger brother, Sumner Erickson, a classical tuba player, who would become Roky‘s legal guardian in 2001. The help of Sumner helped Roky to restore some structure and normalcy to his life and saw him able to make music with greater regulatory and even tour.

Throughout the 2000’s, Erickson played his first gig in New York, played Coachella, toured the West Coast of the US with the Black Angels, collaborated with Welsh art-rockers, Mogwai and recorded a well-received LP with the Austin-based band Okkervil River in 2010, entitled True Love Cast Out All Evil. He also briefly reformed The 13th Floor Elevators for the Levitation festival 2015: an Austin-based psych rock festival named for Erickson‘s song. A great deal of Erickson‘s solo music was also reissued in recent years by the venerable Seattle-based reissue label, Light In The Attic. Despite what he went through in his life, Roky always had an incredible songwriting talent and was an innovative and dynamic guitar player to boot. These albums are a treasure trove to the right set of ears.

It was very sad and even shocking to learn of Erickson‘s death, especially as he seemed to be doing so well in recent years. Despite his passing, Erickson‘s music will continue to inspire those with a taste with the stranger aspects of rock music. He is also a testament to the delicate artistic talent and value that the mentally ill can possess. Erickson‘s life story reaffirms that though the mentally ill are frequently marginalized, treating them with dignity and compassion can help them to thrive.

RIP Roky Erickson. You were a one of a kind. I’m not the only one who is gonna miss you. 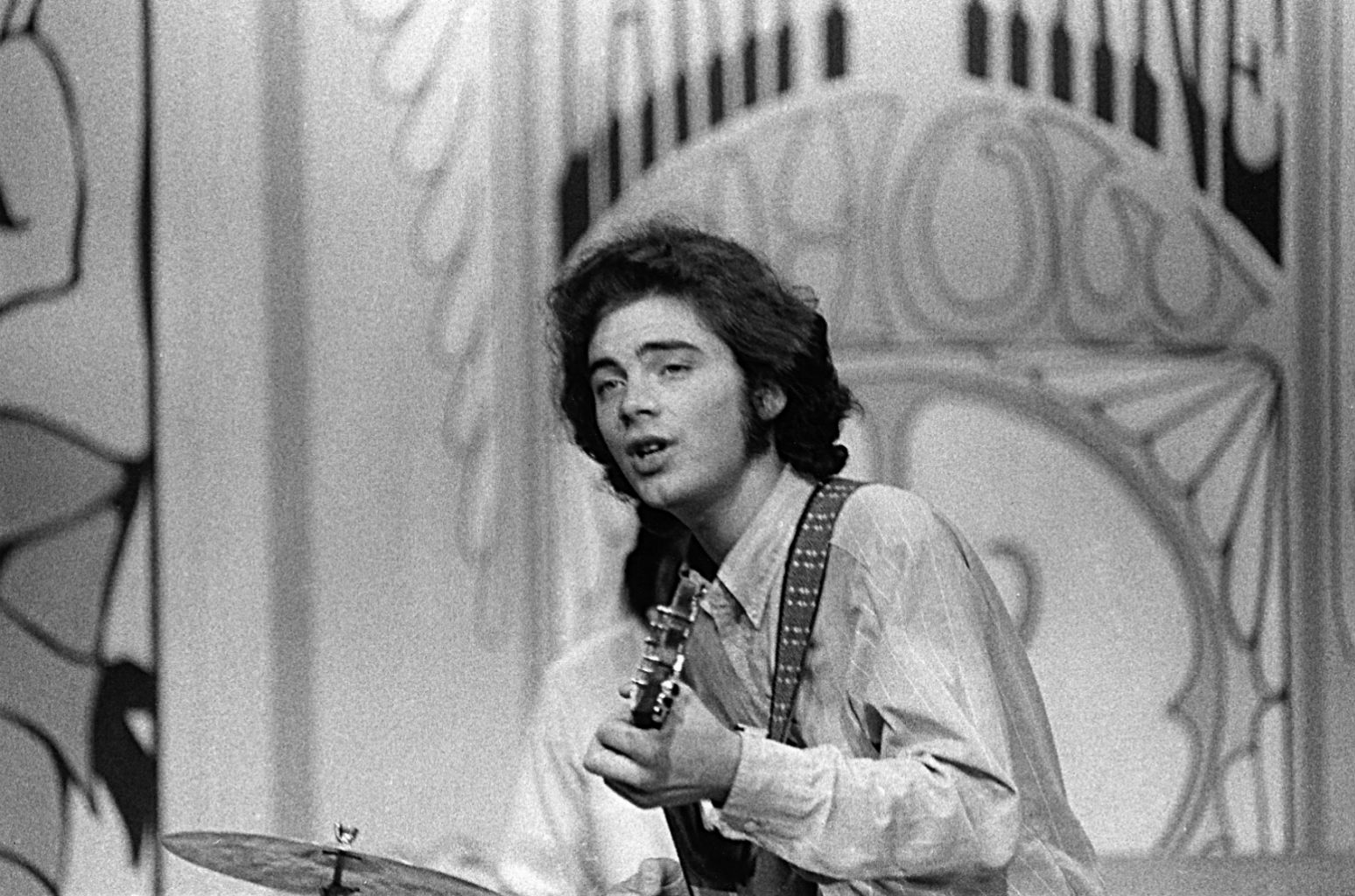