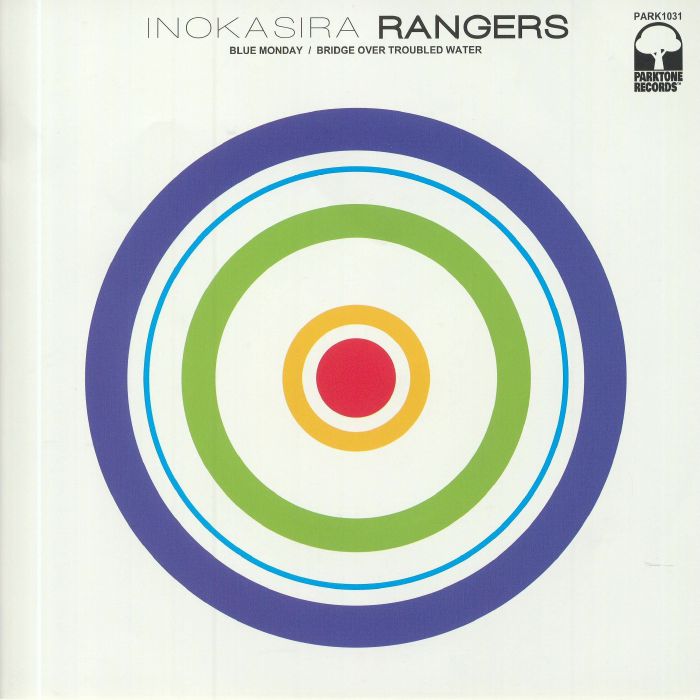 Japan-based Inokasira Rangers have been dishing out heavy slabs of Jackie Mittoo-inspired Hammond organ-led reggae covers for the better part of the last decade. Named after popular Inokashira Park in western Tokyo, the band is also sometimes known as Park Rangers. Covering everyone from The Stranglers to Steely Dan, Elvis Costello to Elvis Presley, and all points in-between, Inokasira Rangers are keeping the legacy of the Studio One keyboard king alive; Mittoo was well-known for his own unlikely source material (Frank Sinatra, Procol Harum, Bee-Gees, Seals & Crofts, and The Bar-Kays, to name just a few).

On their latest release on their own Parktone Records imprint, the ‘Rangers take on New Order’s classic “Blue Monday”—widely held to be the best-selling 12” of all time—transforming it into a rocksteady burner. The rhythm chugs along as organ replicates Bernard Sumner’s unmistakeable vocal melody. On the b-side, the band delivers a breezy interpretation of Simon & Garfunkel’s folk classic “Bridge Over Troubled Water,” sounding even more like vintage Jackie Mittoo.

Physical and digital copies of the single are available now via Juno Records and Parktone.