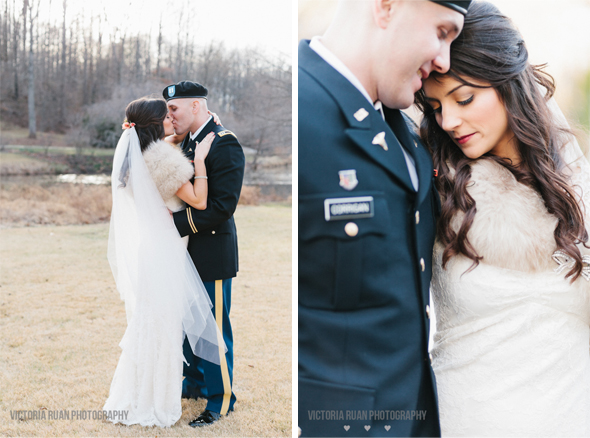 On the last weekend of December, I had the honor of being the DJ for Sara and Jimmy’s Meadowlark Botanical Gardens wedding. This Vienna, VA venue was the perfect setting for a romantic celebration.

As Sara walked down the aisle to Louis Armstrong’s “La Vie en Rose”, the look of awe in Jimmy’s face was unmistakable. The ceremony was a unique one as Nazanin Nour and Pastor Jim conducted both Persian (the Sofreye Aghd) and Christian wedding ceremonies back to back. Nazanin also read two poignant poems by the late, beloved Persian poet, Rumi. 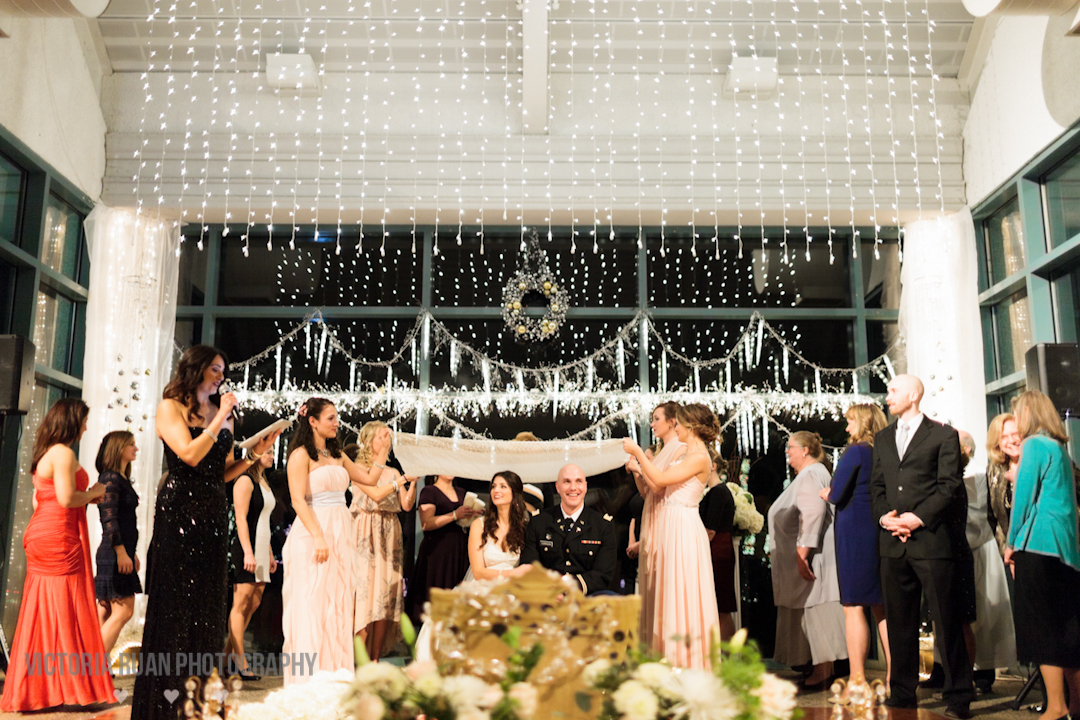 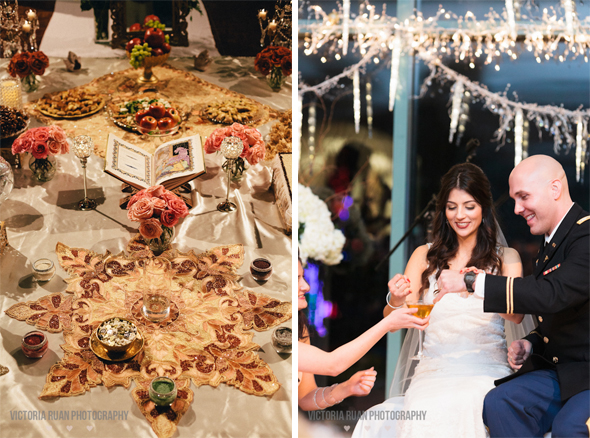 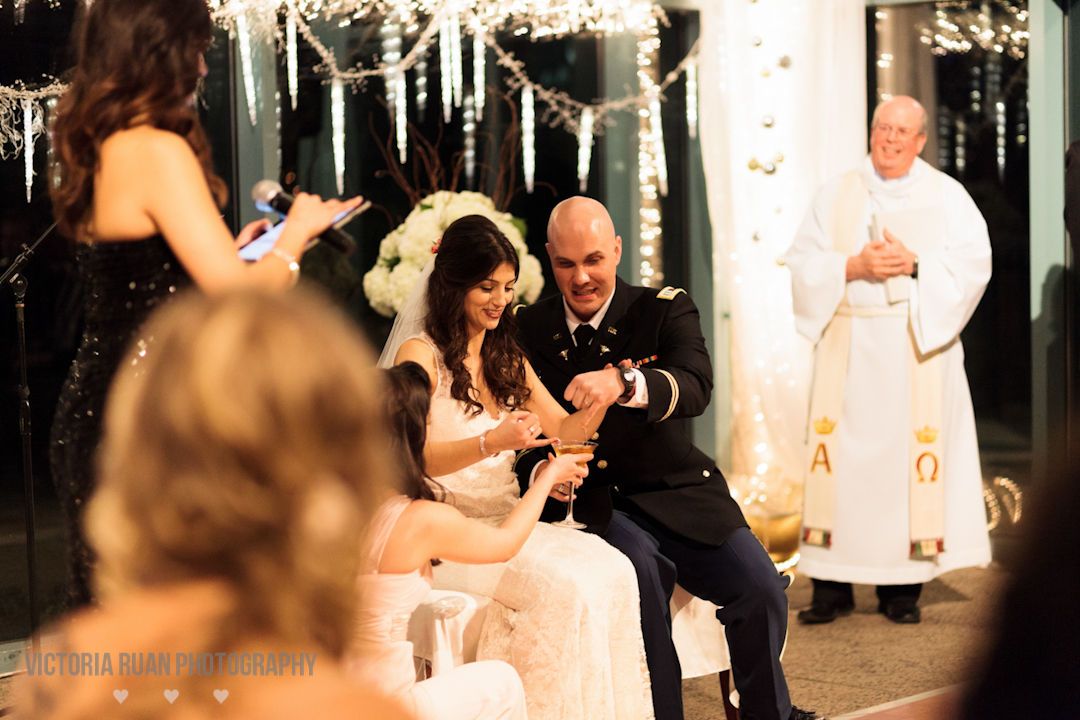 During the cocktail hour, guests enjoyed drinks and hors d’oeuvres while I played some of the couple’s requests which included Frank Sinatra’s “The Way You Look Tonight”, Frankie Lymon’s “Why Do Fools Fall in Love”, and Sondre Lerche’s “Modern Nature” to name a few.

When the reception started, the entourage members danced to “Booty Swing” by Parov Stelar as they made their way to the dance floor. Sara and Jimmy made their entrance to Curtis Mayfield’s “Move On Up” and as true country music fans, had their official First Dance as Mr. & Mrs. Corrigan to Randy Travis’ “Forever and Ever Amen” 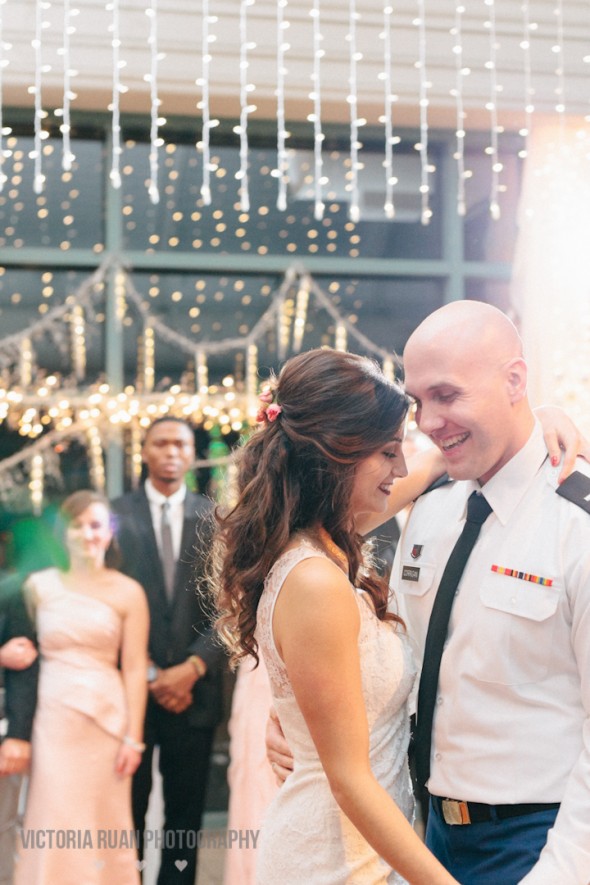 After the touching speeches during dinner, it was time for the parent dances. Sara and her father danced to Jimmy Buffet’s “Little Miss Magic” while Jimmy and his mother danced to K.D. Lang’s “Big Boned Gal”. As soon as I started playing Jackson 5’s “I Want You Back”, the guests flocked to the dance floor. The rest of the night was full of fun for Sara, Jimmy, their friends and family as they danced to classics such as Stevie Wonder’s “Signed, Sealed, Delivered (I’m Yours)”, Otis Redding’s “(Your Love Has Lifted Me) Higher & Higher” and Persian music such as “Mobarak Baad” by Cheshmazar and Leila Forouhar’s “Beegharar”. 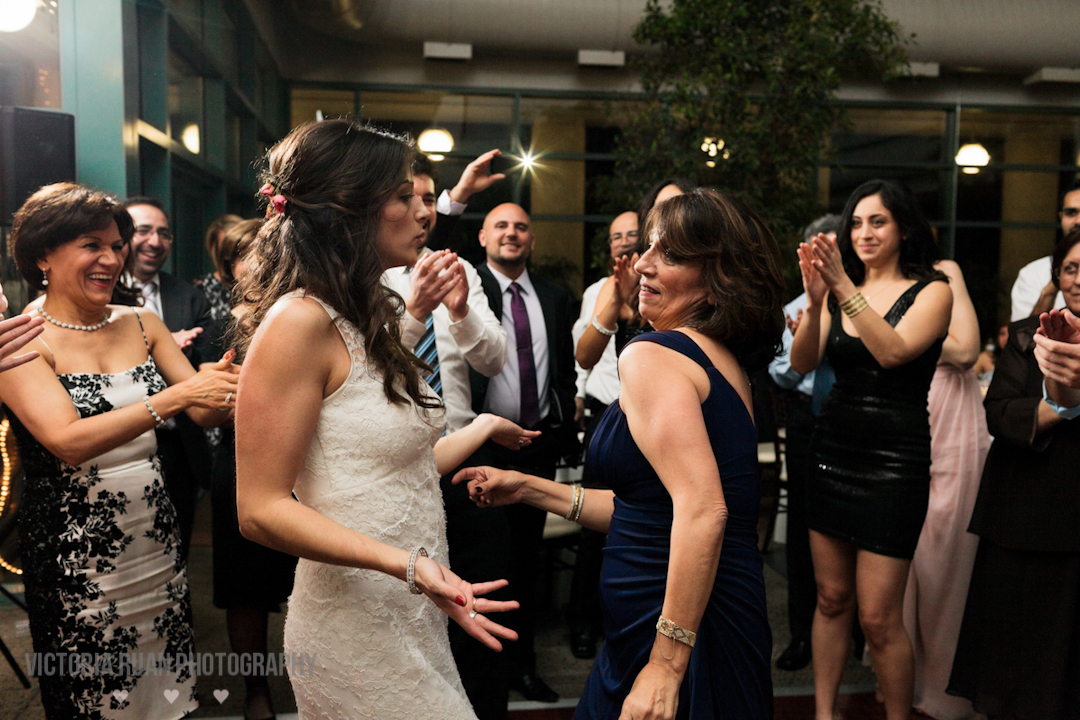 At the end of the first dance set, Sara’s father, Mr. Frank Tibbs, performed a heartfelt rendition of George Strait’s “Here For A Good Time”. Afterwards Sara and Jimmy cut their huge wedding cupcake to The Beatles’ “When I’m 64”. Dancing continued as cupcakes were devoured to current pop music such as Daft Punk’s “Get Lucky” and Justin Timberlake’s “Suit & Tie”. 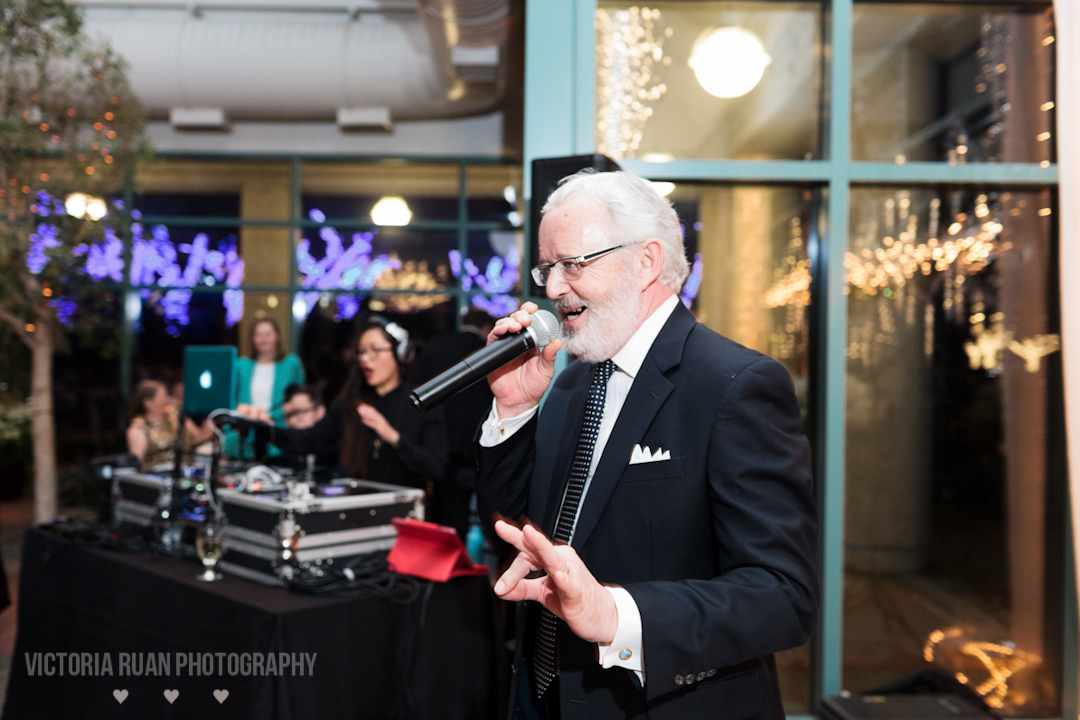 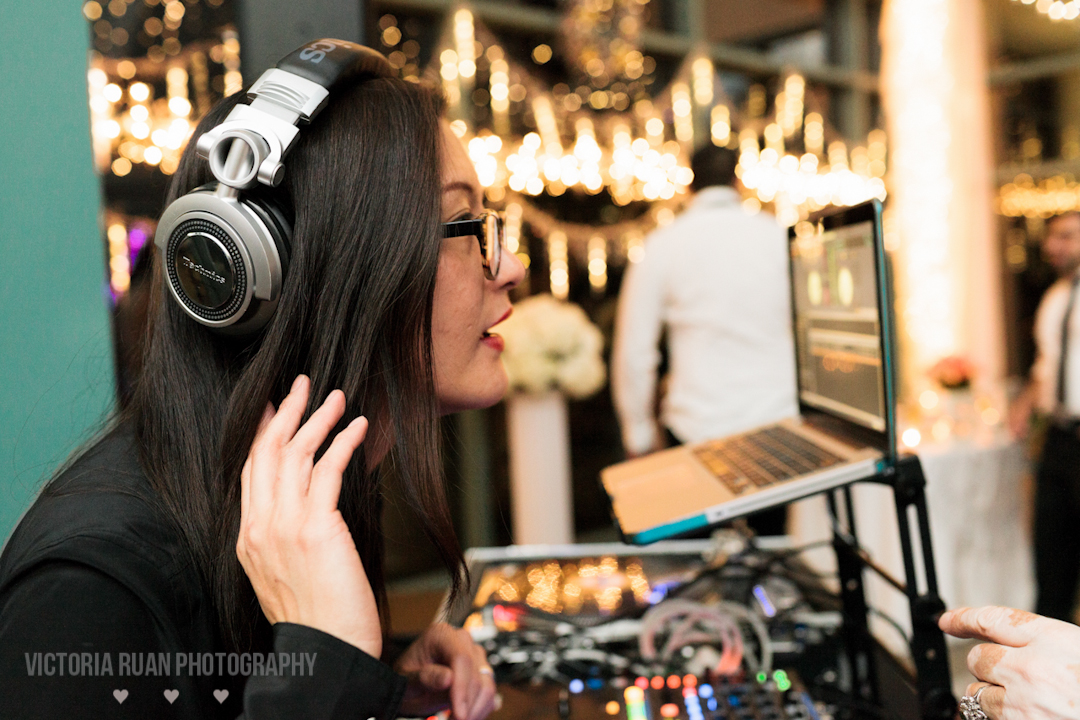 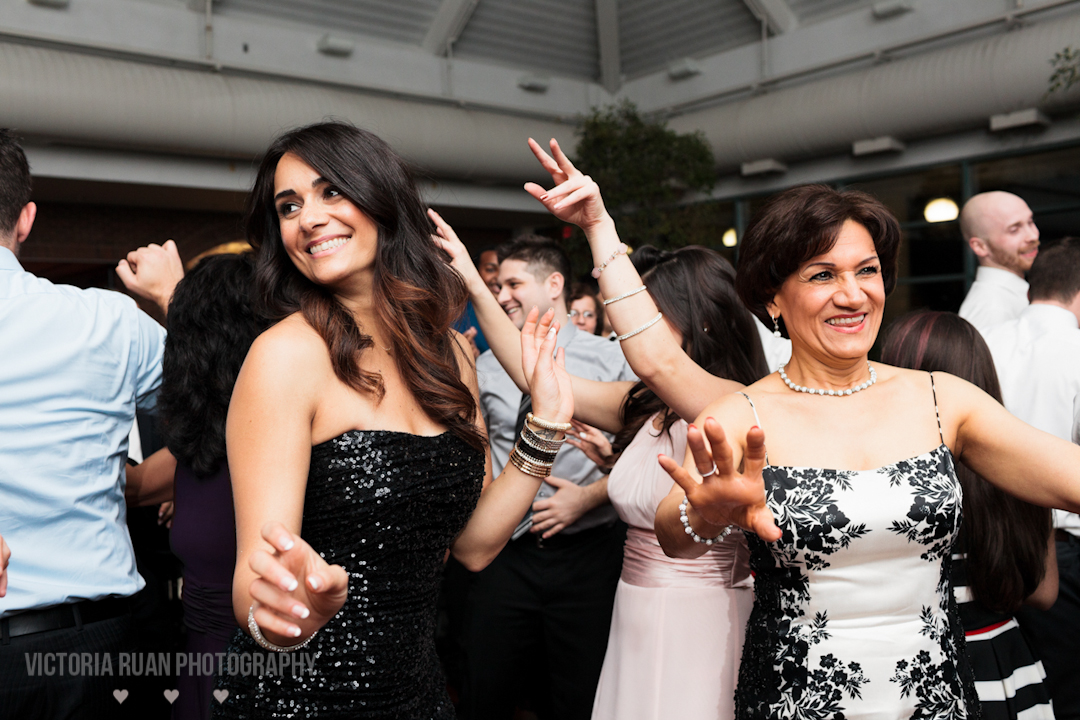 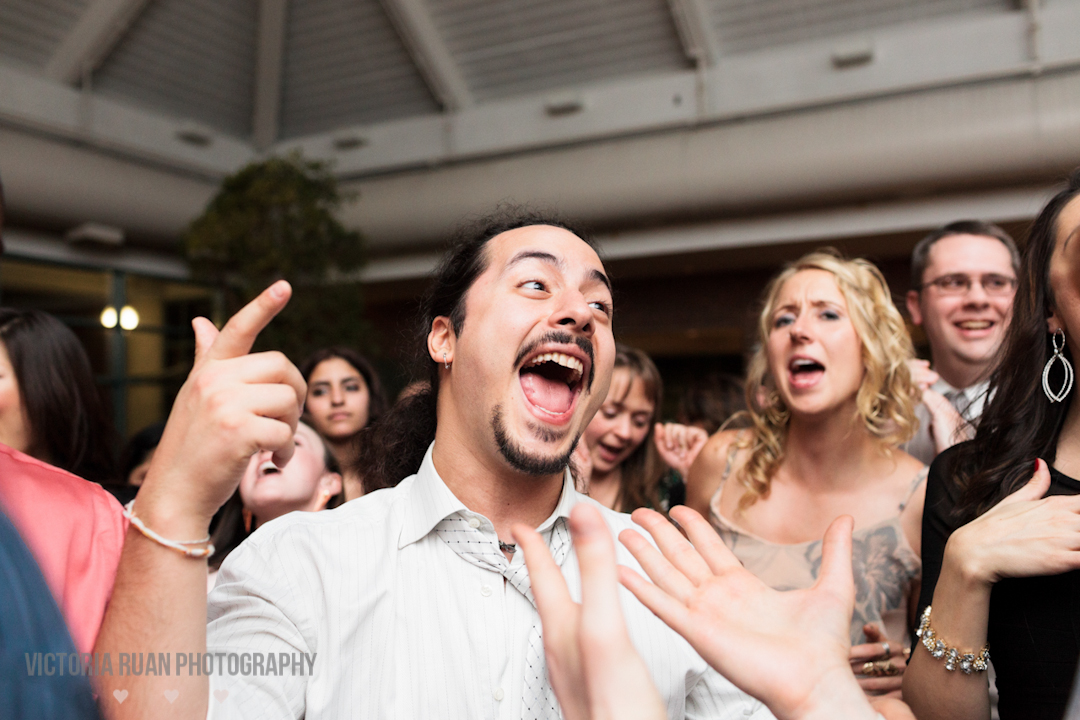 When the clock struck midnight, the wedding turned into Sara’s birthday party. The maid of honor took the mic and lead the singing of “Happy Birthday” and then I played Sara’s special request, Creedence Clearwater Revival’s “Midnight Special”, to kick off her birthday celebration. I proceeded to play 90’s R&B, which the couple has a soft spot for. Hits such as Mariah Carey’s “Fantasy” and TLC’s “Creep” kept everyone moving on the dance floor.

The last song of the evening, Garth Brooks “Friends in Low Places”, was the perfect ending to Sara and Jimmy’s beautiful winter wedding.