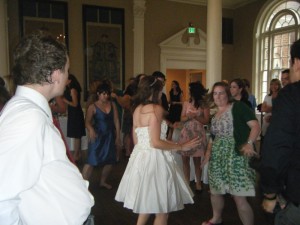 This past weekend I djed a lovely wedding reception at Randall Hall at St. John’s College in Maryland. James and Maria met at St. John’s and they now teach together out in the mid-west, so coming back to this spot was something special for them.

Photographer Gabe Aceves has captured this spirit beautifully; check out some of his images of Maria and James at his blog.

The cocktail hour started about 4pm, and the couple sent over a long list of indie rock songs they wanted for the cocktail and dinner sets. I found a bunch of songs that matched the vibe and style of the songs they sent over and crafted a really fun mix that would get us through till dancing. After some lovely toasts, the guest were presented with some mouth-watering entrees which included crab cake, chicken and some of the best green beans I have ever seen. When dinner was over, we started with a 1st dance to Blur‘s “Tender” and then moved into the Father/Daughter dance. Maria had mentioned that she wanted her family to join in part way into the song, so I asked the family to get out on the floor mid-song and everyone came out and jumped on. 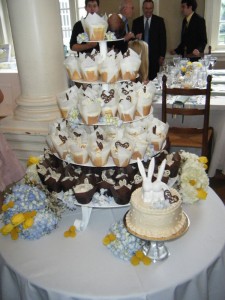 The couple wanted to get the dancing started right away, so after the family dance I played The Temptations “Ain’t Too Proud to Beg” and the dance floor was packed and going right away. I played a couple more Motown classics, but we had gone over a bit with dinner so the couple wanted to me get to the newer stuff quicker than usual. So, after a couple of 80’s pop classics I did a quick top 40 set as we had the cake cutting happening fairly soon. We soon broke for the cake cutting as instructed, but James was nowhere to be found. Instead of an awkward silence I dropped some chill music and Maria danced around to her family and friends delight. James was soon found and we got the cake cutting done and it was time to get back to business. I then dropped a couple of laid-back songs as everyone munched cake, but it was time to get the party started again so I played “My Girls” by DC’s own Animal Collective which was on the must play list and a suggestion of Luke the brother of the bride and everyone joined the couple to an impromptu line dance.

a packed floor dancing to everything from Foreigner to MGMT

From then until the last song we had a packed dance-floor with almost all the guests dancing to everything from Foreigner to MGMT. The blend of the night would have to be between Foreigner “Hot Blooded” into Steppenwolf “Magic Carpet Ride”; with the best reaction happening when Cee Lo‘s “Forget You” came on. All in all, it was a wonderful night with a great bunch of musically open people ready to dance. I left with a sense of enjoyment and wonder, as I could tell this was a special reception that Maria and James will hopefully remember for the rest of their lives. I also was thankful they introduced me to some really great music that I have since added to my indie rock rotation! I love it when a bride and groom can introduce me to something fresh musically. 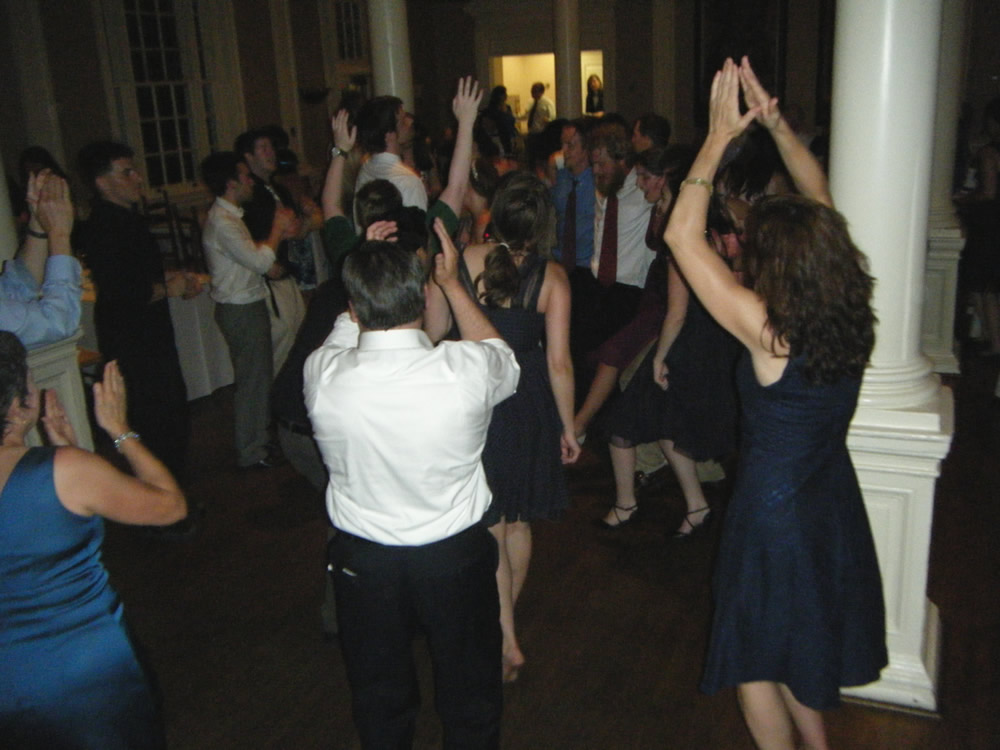 2 thoughts on “Rusty B: Maria & James at St John’s College”