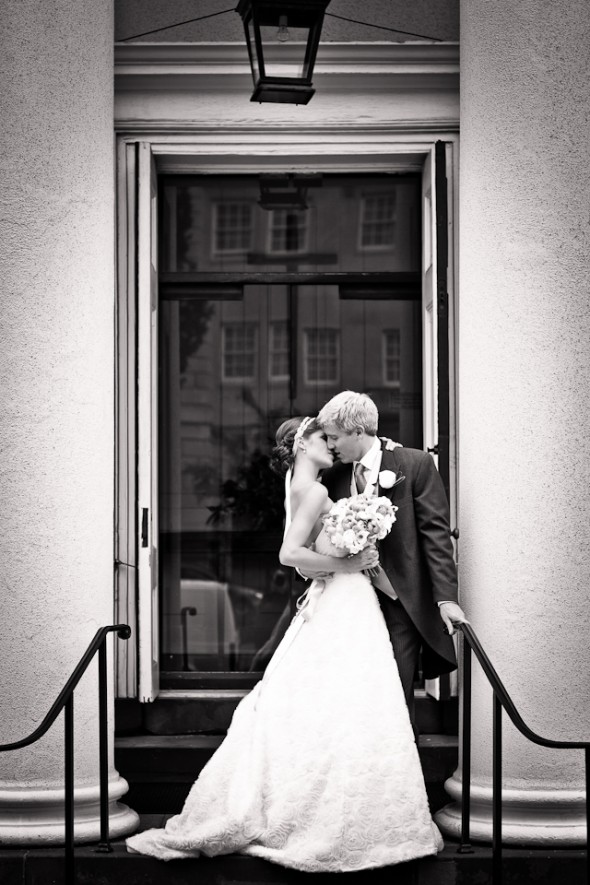 I love doing weddings at The Arts Club in DC for two reasons, the staff is super friendly and helpful and the place has a really nice vibe to it. I knew this wedding would be interesting given the fact the bride was from the south and the groom was from England so musically it was going to be a bit different than most weddings.

When I arrived it was starting to rain but no worries as there is a tent out back and most of the wedding happens inside the building. I set up in the ballroom and linked up speakers and a mic outside in the tent and I linked into the house system so that I could play music upstairs and in the building through the house system. When the guest starting arriving I played a selection of rat pack music and some swing jazz to keep that vibe rolling. The couple was introduced upstairs by Kari’s mother and the guest were served some wonderful food by the awesome staff at The Arts Club.

For dinner we moved everyone outside and continued the rat pack vibe with some Etta James and Nat King Cole sprinkled in. We were served some wonderful toasts and food, the rain even picked up quite a bit but no one seemed to mind at all as everyone was completely covered by the tent. 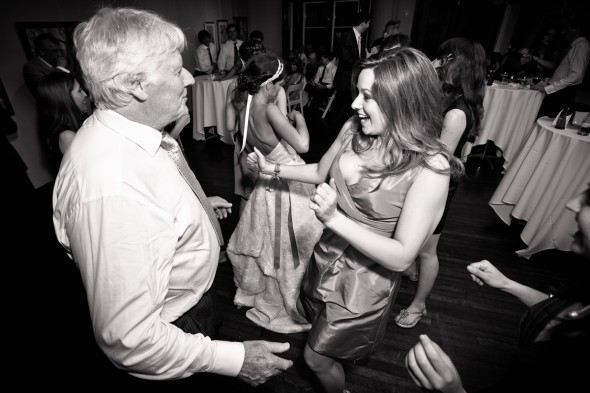 After dinner we moved everyone inside and the first dance was Keith Urban “My Lil Sweet Thing” which was followed by the father / daughter dance which was to Bob Segar “Old Time Rock and Roll” then the mother / son dance song which was to Michael Buble “Everything”. I then opened the dance floor with Andy Williams “Can’t take my eyes of you” and then moved into some classics like The Beatles “All my loving” and Wild Cherry “Play that funky music”. We had a quick break for cake so I played some chill music while people went into the other room to watch the cake cutting and partake. We started the dance floor back up slowly since people were only tricking back in with Mumford and Sons “I will wait” and then got it really going with Prince “Kiss”. I then played a lot of wide variety of stuff but the two biggest hits of the night were Jay Z “Empire State of Mind” and Mark Ronson featuring Amy Winehouse “Valerie”. We ended with Outkast “Hey Ya” and before you knew it the whole thing was over. 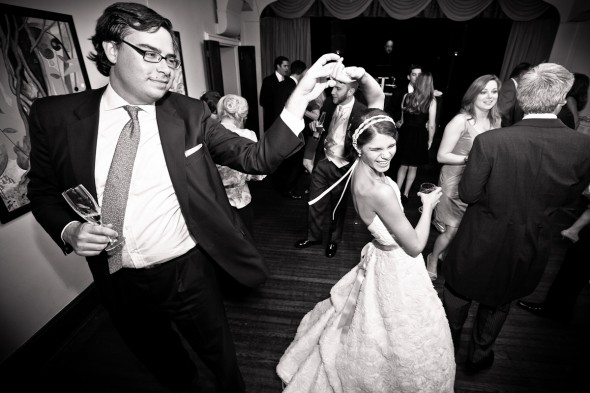