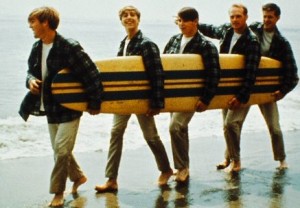 With the Memorial Day weekend behind us, summer has officially started.

Time to roll down the car windows, fire up the grill, re-up the sunblock, and get into all kinds of summer tunes. Our personal best-of-summer list runs the gamut from cool to hot, easy-listening to classic pop-punk (and does not include LFO*). Enjoy!

A laid-back, hip-hop summer anthem from 1991—its smoothed-out R&B sound owing in large part to its sample of Kool & the Gang’s “Summer Madness”—this never fails to bring a smile.

A beautiful rolling baseline and evocative, dream-state lyrics about childhood and summer love in a neo-psychedelic atmosphere that stretches waaay out with epic dynamics.

Get ready for three months of sun-soaked freedom with the charming and disarming teenage bubblegum pop-punk of The Undertones.

Nowhere is the Ramones’ love of then-disposable [now classic and essential] 60s pop more evident than in their ode to Joey’s neighborhood. Joey’s lyrics are so evocative, you can feel the summer sun baking 1977 New York City into a sweaty, sticky mess as you bounce along on the too-slow bus ride, eagerly anticipating hitting the beach.

According to Beatles mythology, Paul McCartney was inspired to write this ode to sunshine as it filled his London apartment on a hot summer’s day in 1966.

Julie London applies her sultry & smoky vocal appeal to this lilting, nearly-featherweight version of Theme From a Summer Place and takes it from pop fluff to another level entirely.

Psychedelic soul from the brilliant Shuggie Otis (later covered and made famous by the Brothers Johnson) with a sunshine-bright guitar lead.

Bright, joyous, sampledelic electronic jazz from 2002 Sweden that sounds like 1966 Brasil. As stunning now as it was 9 years ago.

The breathy vocals of Colin Blunstone and blissed-out instrumental performances of the Zombies are unique and distinctive in the wonderful spectrum of 60s pop. This ode to sharing the joy of young love with the world highlights not only Blunstone’s lead vocals, but some truly wonderful harmonies from Rod Argent and the rest of the band.

Harmony-heavy soft rock from 1971, complete with toy piano, this is the soundtrack to some very mellow summer afternoons.

Left alone and friendless amid the scorching summer heat, this is the downbeat soundtrack for getting the hell out of the city.

13.) The Friends of Distinction – Grazing in the Grass

So much attention gets heaped on “Bummer in the Summer” from the classic ‘Forever Changes’ album, this laid-back piece of psychedelic sunshine pop from the earlier ‘Da Capo’ album gets the short-shrift. So we’re righting the wrong here. What’s more summery than this sentiment?
“Orange skies, carnivals and cotton candy, and you/And I love you too, you know I do/You make me happy, laughing, glad and full of glee”

Riding a double-time cowbell rhythm and using marimba to augment their classic soul quartet sound, this is one of Booker T & the MG’s most jubilant pop-soul tracks.

This ode to the buzz of summer love and summertime insects is so good it makes itching a mosquito bite sound epic and joyful.

A timeless classic from the Chairman of the Board and his masterful collaborator Nelson Riddle. Frank sings of the summer wind being his true companion after his sweetheart is gone. Simply amazing.

The Beach Boys’ ode to “California Girls” is too easy a summer selection. Hoisting the main sail of the Sloop John B [and wishing you could just get off the boat and go home] is better.

Bryan Adams may have played his first real six-string until his fingers bled in the “Summer of ’69,” but Jeff Tweedy & company played Kiss covers beautiful and stoned. “Shiny, shiny pants and bleach-blonde hair and a double-kick drum by a river in the summer.”

The Avalanches’ blissed-out sampledelic masterpiece never fails to delight with its oddly-familiar-yet-wonderfully-fresh snippets of melody. Essential listening all year round.
Bonus: In this YouTube video Rickydown lovingly deconstructs ‘Summer Crane’ and IDs all the samples.

Although lyrically never referencing anything remotely summer-related—save for Ian Brown’s request to “kiss me where the sun don’t shine/the past is yours but the future’s mine”—the clear, ringing neo-psychedelic guitar lines this Manchester classic sound like sunshine, if sunshine made a sound. Majestic, perfect, and deserving of the 20+ years of devotion heaped upon it by fans and critics alike.

Not the Katrina & the Waves classic power-pop, but a dub-influenced electro-disco cut from the classic album of the same name.

The effortlessly suave originator of soul takes on the standard from Porgy & Bess and makes it his own.

Yeah, it is hokey and pretty much a summer music cliche, but try not to sing along.

The heavenly vocal harmonies and crisply-strummed guitars of Crosby, Stills & Nash are the California-bred sound of summer.

If you’re wearing a knit tie and drinking a highball with good company this summer, you’ll probably hear this Bobby Darin pop standard. Fresh and crisp and timeless like summer linen.

With its laid-back funk groove and vocals shared by the entire Family Stone (each taking a turn at describing what they love best about those summer days), this is another timeless summer jam.

Used to brilliant effect in Wes Anderson’s 1999 film Rushmore, the final song on our list is a bittersweet farewell to summer love, with our lovesick protagonist finding solace in memories as “autumn leaves must fall.”

The original power trio put the frustrating weight of the teenage bummer into Eddie Cochran’s fun-loving pompadoured original, and invent heavy metal in the process. Not bad for a debut single. Ain’t no cure, indeed.

Not exactly a summer classic yet, but I would be remiss without mentioning DC’s favorite experimental psych-pop pioneers, Animal Collective and their 2009 single “Summertime Clothes.” The breathless, soaring massed-voiced melodies are truly inspired, and the accompanying official video is a freaky psychedelic dance performed by Brooklyn-based collective FLEX.