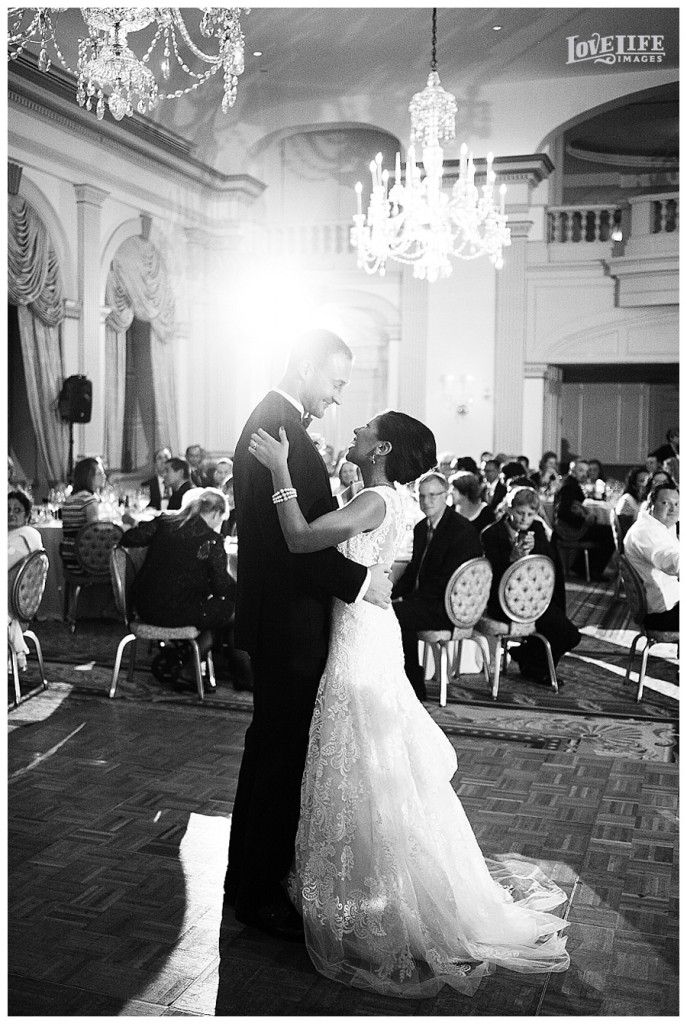 Nicki and Daniel’s wedding reception at The Fairfax on Embassy Row, DC was a memorable event. We hit it off immediately when we first met to discuss their reception needs and what they had in mind for music direction for cocktails, dinner and dancing. We knew then that we were going to have a good time! 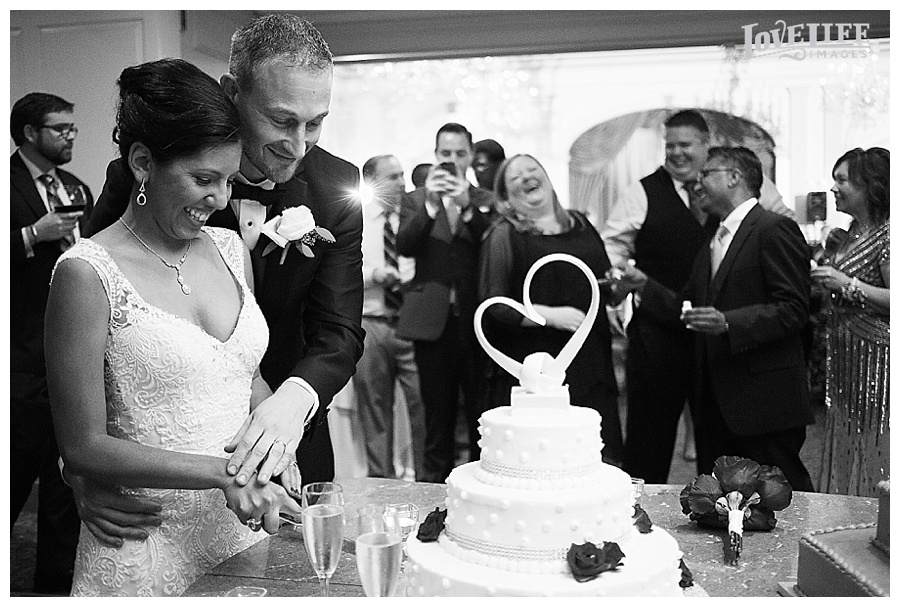 The ceremony was held at a church nearby in DC, which made for an easy transition to the reception. As guests started to arrive to The Fairfax after the ceremony, they were received with cocktails on the balcony level. I provided some classy vibe music with some jazz standards and piano music including artists like Frank Sinatra & Nina Simone. After cocktails, we moved things down to the ballroom where I announced the bridal party into the room. We moved right into the couple’s first dance and then a welcome from Nicki’s father. Throughout dinner the soundtrack continued with more standards mixed in with some great soul tunes like John Legend’s “All of Me”. 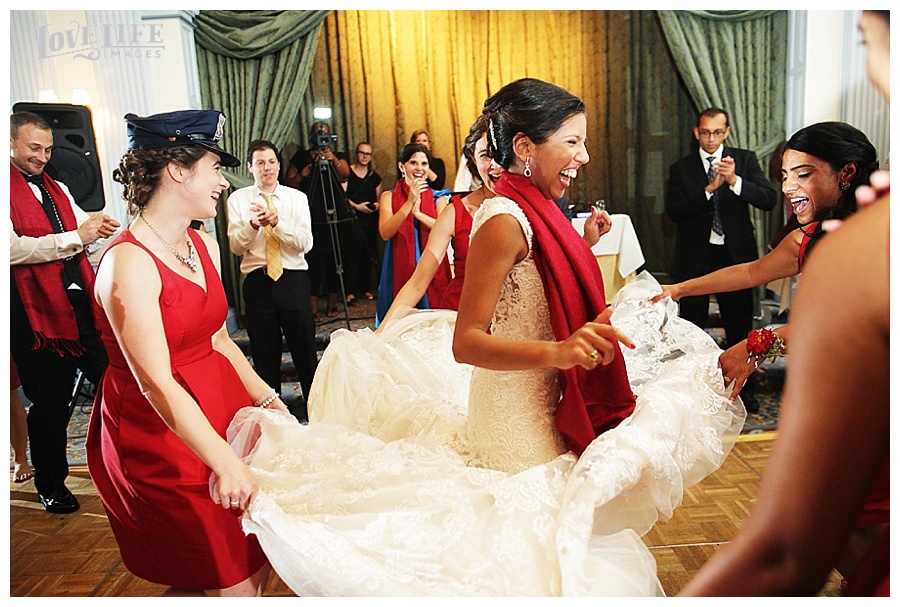 After cake cutting and toasts, Nicki and Daniel had their parent dances back to back before we opened up the dance floor to guests. I immediately invited other couples to join in for another slow song which got everyone right out there right away. I quickly started to ramp things up with some classics like Van Morrison’s “Brown Eyed Girl” and The Beatle’s “Twist & Shout”. After about a half an hour into the dance section as requested by the couple, I played a few Bhangra songs for the bride’s side of the family. Everyone really got into it and it made for a great section of dancing. After the Bhangra section, I moved up through a fun mix of pop, rock and hip hop tunes including some special requests fro the bride and groom like Guns & Roses “Sweet Child O’ Mine” and Michael Jackson’s “Billie Jean”.

The guests were good sports on the dance floor and we kept things ramped up right until near the end of the night when I dropped things down to let the couples get another slow dance in before we ended. We finished the night to the couples request with “New York, New York” by Frank Sinatra.