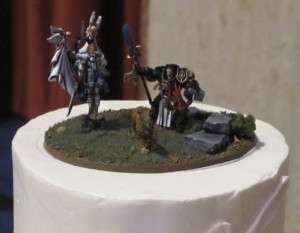 This past Saturday we played Matt & Amanda’s wedding at the Bolger Center in Potomac, MD. An abundance of landscaped green space and meandering drives made this convent-turned-leadership center feel more like a country club than a hotel complex. Unfortunately a misting rain during our load-in meant the outdoor ceremony & cocktail hour had to relocate to inside the hotel last minute. But a little rain did nothing to put a damper on this party.

From beginning to end it rocked. 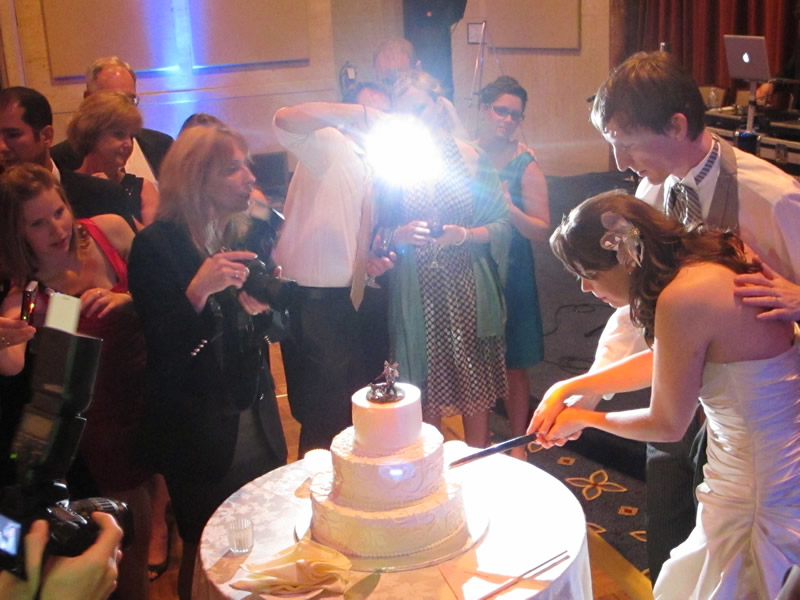 With the guidance of planner Kristi Hartig of Glow Weddings & Events, Matt & Amanda’s personal touches were all over this event. Amanda was radiant in her A-line wedding gown and Matt looked great in his formal morning suit. The cake topper was a hand-painted Warhammer diorama—skillfully created by groomsman Dan Dombkowski—representing the couple and their dog Fenway. Tables were named after bands the music-loving Matt & Amanda saw play live (of course we made sure the cocktail hour music followed suit): Cold War Kids, Vampire Weekend, Born Ruffians, Tokyo Police Club, Reel Big Fish, The Slackers, The Pietasters, Ben Folds, Fiona Apple, Dr. Dog, and Louis XIV.

A rousing wedding party intro (to The Heavy “How You Like Me Now?”) gave way to some funny and touching toasts from the Mother of the Bride Barbara Fahler, Matron of Honor Mary Hogwood and the Best Man Michael Stevens.

The warmest reception (and standing ovation) was for Matt’s grandparents Don & Peg Wallace—married 65 years this September—who gave a charming speech and harmonized on a few songs, including an original composition for the couple. 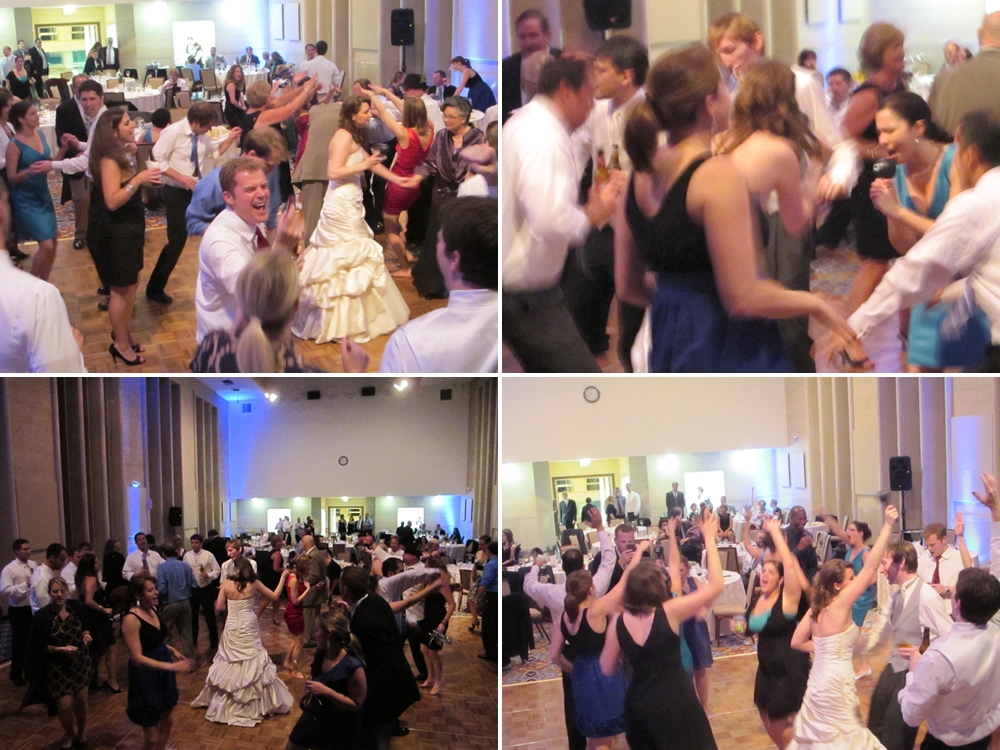 From the moment the dancefloor opened (with a pair of songs dedicated to Amanda’s dad: Bob Seger “Old Time Rock’n’Roll” and The Beatles “Twist & Shout”), it was clear that Matt and Amanda’s friends had come to party. Everybody got up to dance, and some people never stopped! Big songs from the night were: Bel Biv Devoe “Poison,” Salt’n’Pepa “Shoop,” Nirvana “Smells Like Teen Spirit,” Adele “Rolling in the Deep,” and Lady Gaga “Telephone.” The tambourine and maracas came out early and were shaking from the soul train line right up to the very last song, Elton John “Tiny Dancer.” There was even a double-dutch jumprope pantomime.

Great energy all night long. Everyone had a blast! Even the event manager, who happily allowed us nearly 40 extra minutes of time on the floor. 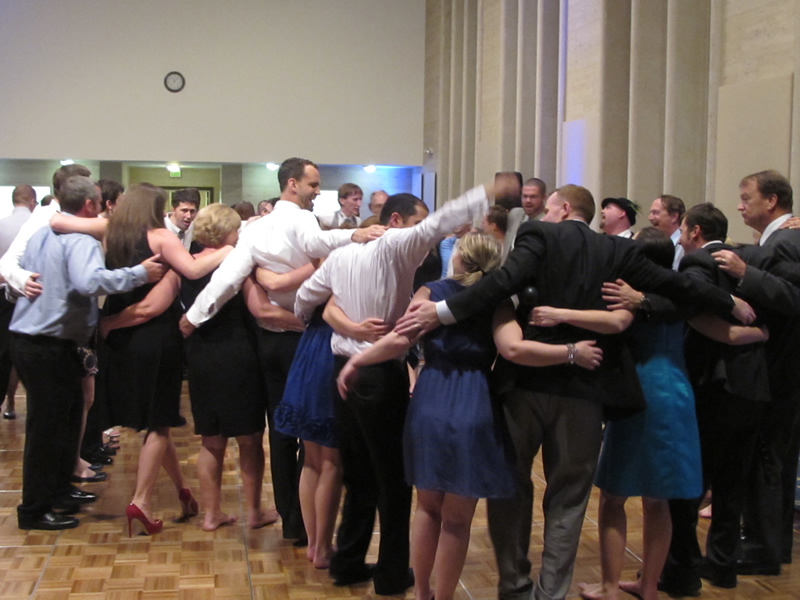