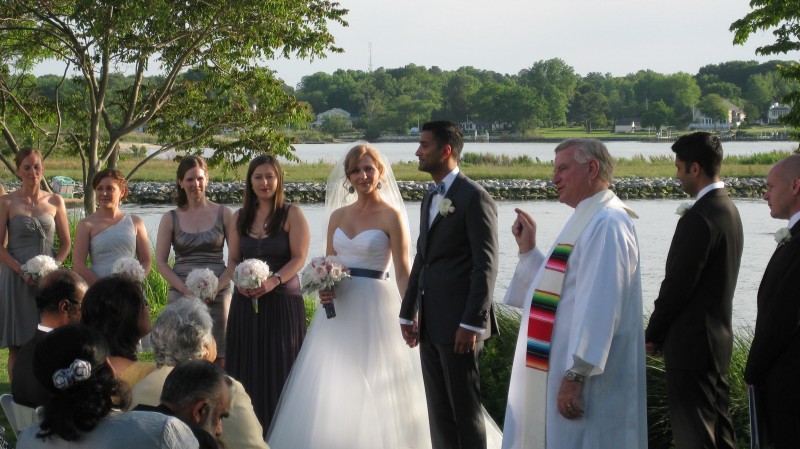 May 12th was a beautiful spring day to make a pleasant drive out to Route 50 and across the Bay Bridge to work with Marina and Sudhir at Chesapeake Bay Beach Club. Everyone was fortunate that the weather cooperated, since the grounds are perfect for an outdoor wedding.

With a nearly cloudless sky and a cool breeze blowing, the setting was picturesque as I set up for the wedding ceremony. The couple’s choices of Sarah Khider‘s “Mermaid Song” for the wedding party processional and Brian Crain‘s “Butterfly Waltz” for the bride’s walk down the aisle enhanced the atmosphere. Marina was beaming and elegant. Sudhir was sporting a killer Hugo Boss suit that I couldn’t help but ask about. I almost fell victim to style envy.

And then, there was the postcard worthy view. The wedding party took photos while the guests adjourned to the roof for cocktails as the sun was setting. I hustled to transition to dinner, but not before capturing the sunset. The soundtrack for this scene was a combination of the couple’s picks and my own choices, including Cesaria Evora’s “Um Pincelada” and “Maria” by The Dining Rooms. 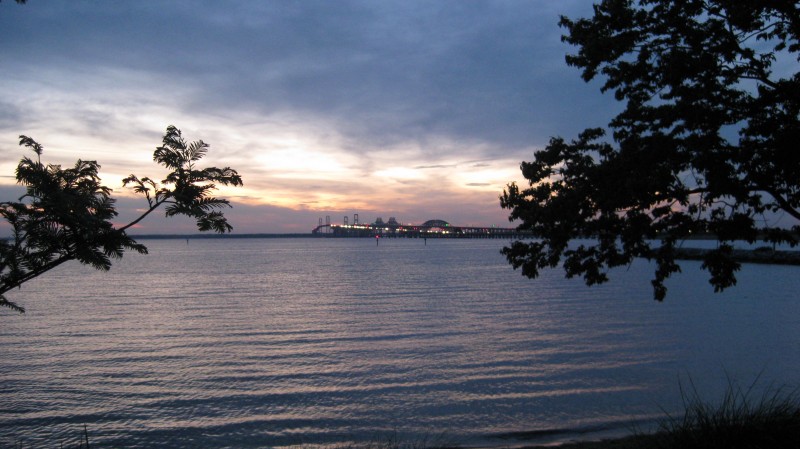 Dinner selections followed a similar theme of classic jazz standards and downtempo lounge music with songs from Thievery Corporation, Frank Sinatra, Miguel Atwood-Ferguson and Arthur Verocai. Interspersed were warm toasts from Sudhir’s Indian and Marina’s Russian families, some of whom traveled very far and were just meeting each other. 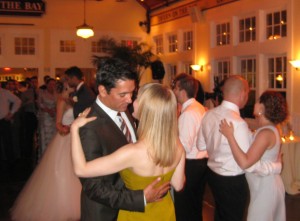 After cutting the cake, the bride and groom danced to “Georgia On My Mind” by Michael Bublé, a song chosen because Sudhir proposed to Marina in Savannah, Georgia. Later on, Marina and her father and then the wedding party danced to “Lyubimaya Moya” by Vyacheslav Bykov, a song chosen by and for her parents.

By the couple’s request, I opened the dancefloor with “Beggin'” by Frankie Valli & The Four Seasons, which got things off to a great start. Over the next two hours, The Pussycat Dolls‘ “Jai Ho”, Shakira‘s “Waka Waka” from the 2010 World Cup and Flo Rida‘s “Good Feeling” were all thrown into a mix that was pop as well as international. Madonna‘s “Like A Prayer” and “The Sign” from Ace of Base got the most love during a stretch of retro party jams.

I was even able to cap off a mini reggae set by matching up the South Asian sounds of Bally Sagoo‘s “Mera Laung Gawacha” with “Life Is What You Make It” by Frighty and Colonel Mite before ending the night with a group singalong to “We Are Young” by fun. 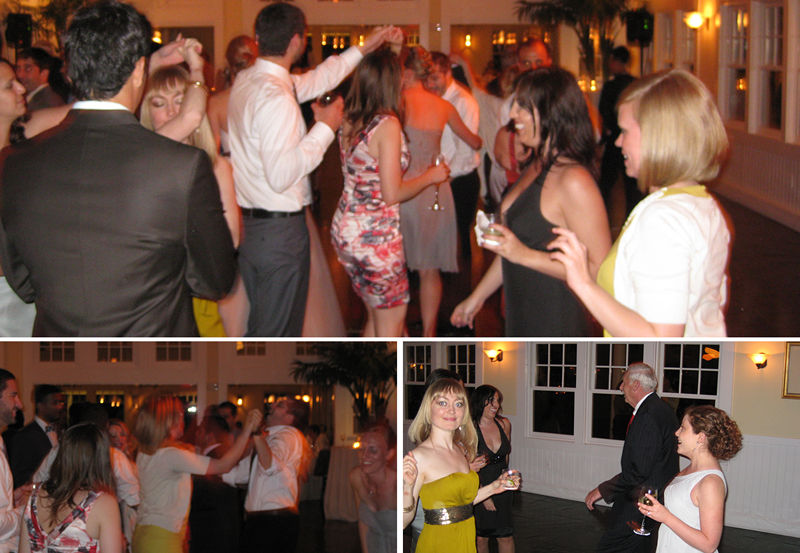