On an uncharacteristically frigid autumn day last month, we linked up with a great vendor team that included B. Mingled, Blue Vanda Designs, officiant Ronald Young Jr. and Merkle Photography to get Katy and Tom hitched at the St. Regis in D.C. Cheers to Katie Merkle for sharing her work with us from a fun day. More can be found on her site. 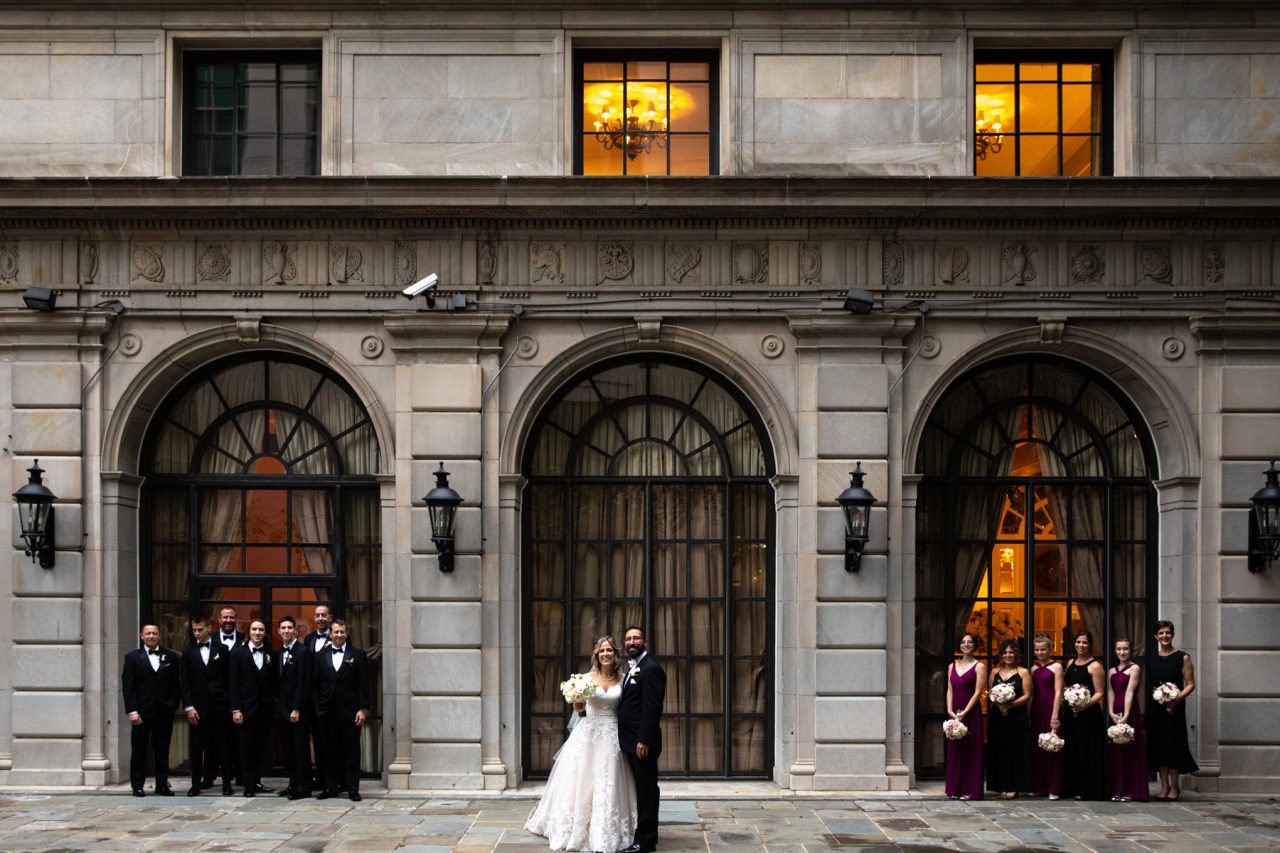 I set up my microphones for the ceremony in the George Washington room, with musical accompaniment handled by the String Along Trio who played Weezer’s “Perfect Situation” as the processional and also accompanied Tom’s sister’s who sang during the lighting of the unity candle. 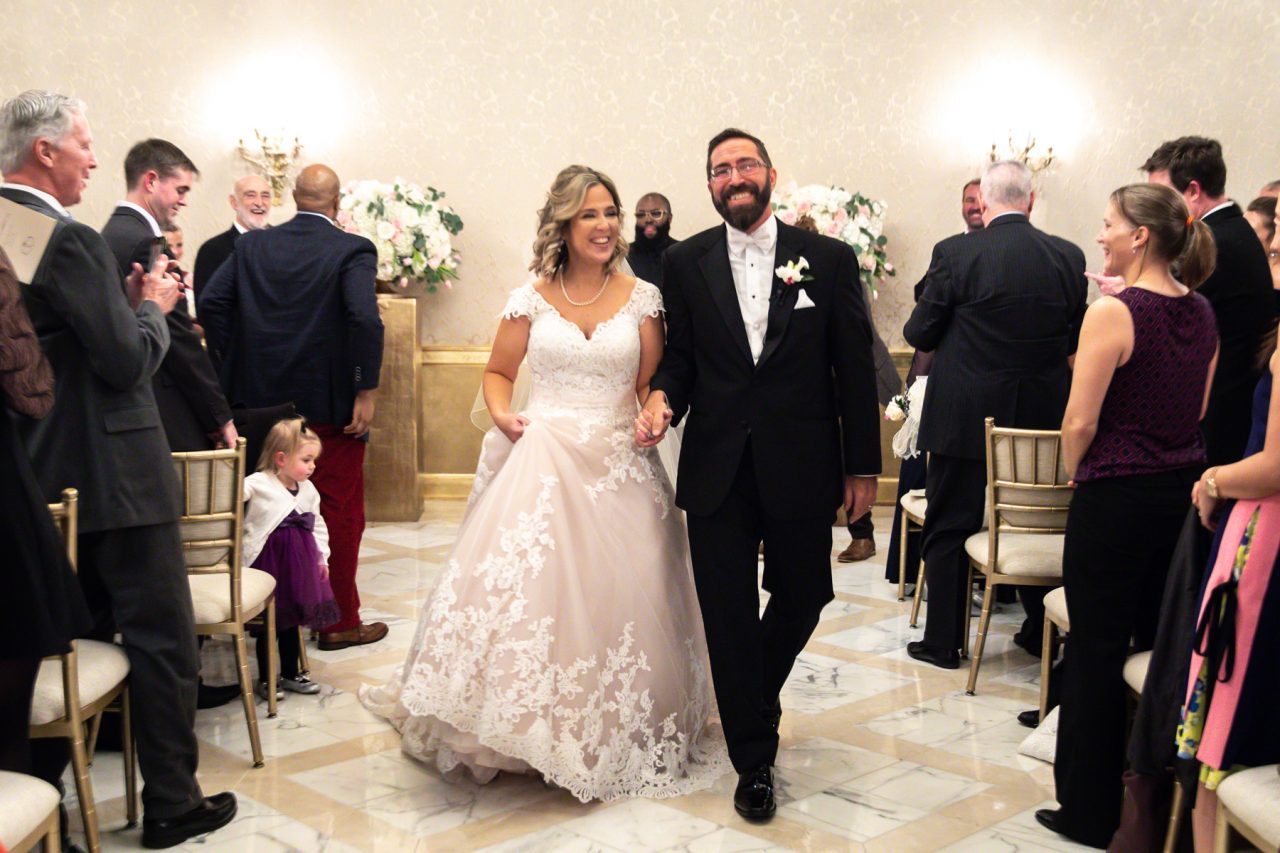 After cocktail hour, we moved into the Astor Ballroom which is the centerpiece of a St. Regis hotel wedding. I introduced Tom and Katy to the room with “The Final Countdown” by Europe, which set a humorous tone that would come up repeatedly over the course of the evening. But before the high jinks began, Katy and Tom aimed for sentimentality with a first dance to Harry Connick Jr‘s “It Had To Be You”, in a custom edit form I worked on before the wedding.

Tom danced with his mother to a song recorded by his dearly departed father, who was an accomplished harmonica player. And right after that tug on the heart strings, Katy and her dad whipped out a choreographed dance to “Reach Out I’ll Be There” by The Four Tops that brought the house down. 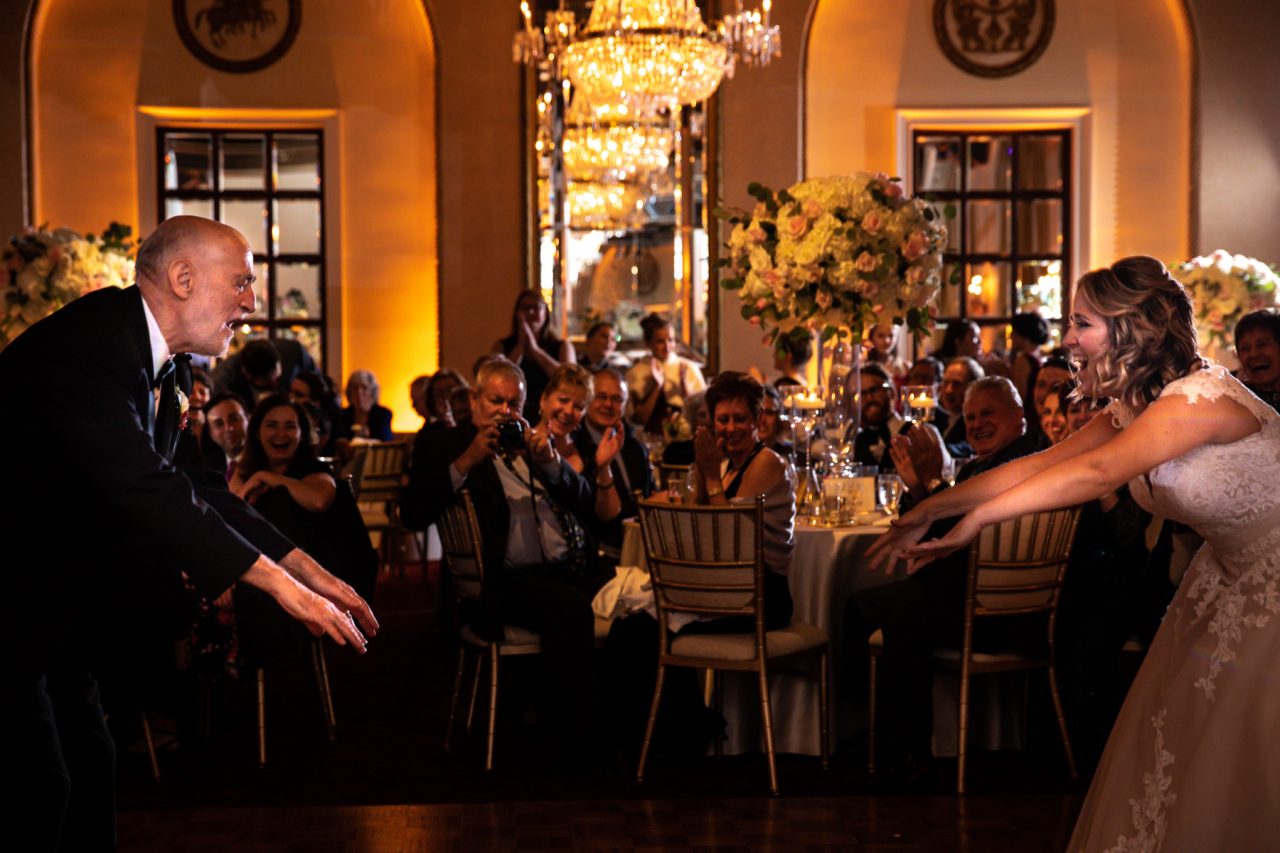 Then it was my turn to get some memories made on the dancefloor. I touched on The Beatles a few times but threw in a well received curveball with Earth, Wind & Fire‘s cover of “Got To Get You Into My Life.” “Let’s Go Crazy” by Prince kicked up some heels and I drove the pace further with some picks from soundtrack to The Blues Brothers; “Shake A Tail Feather” and “Everybody Needs Somebody To Love.”

This wedding marked my first time rocking a party with a polka jam as Tom’s family was eager to get down to some Lawrence Welk. And that’s how “Beer Barrel Polka” gained a spot in my music library for gigs. It might be difficult to imagine how that fit in with the James Brown, Parliament Funkadelic and Snoop Dogg that I also played but some more party shots might convey the effect. 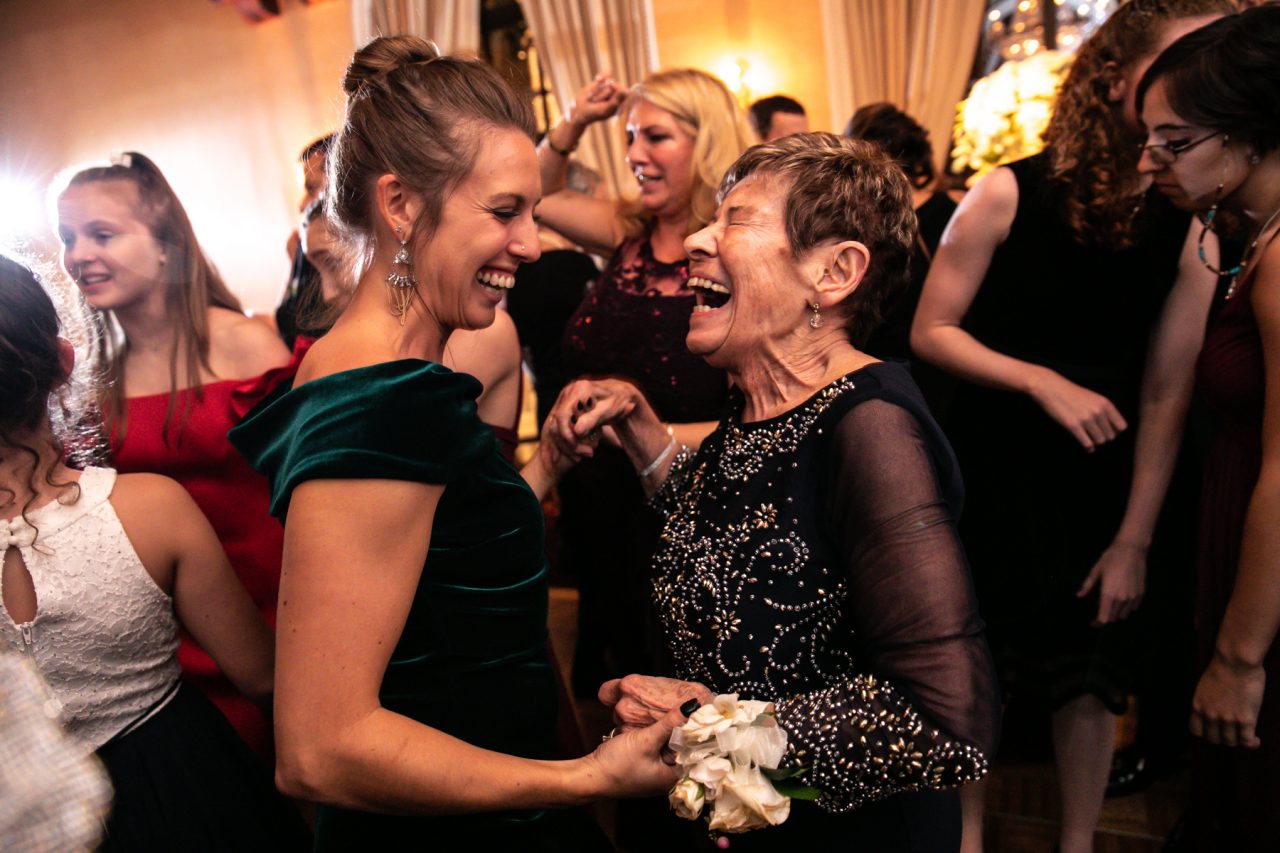 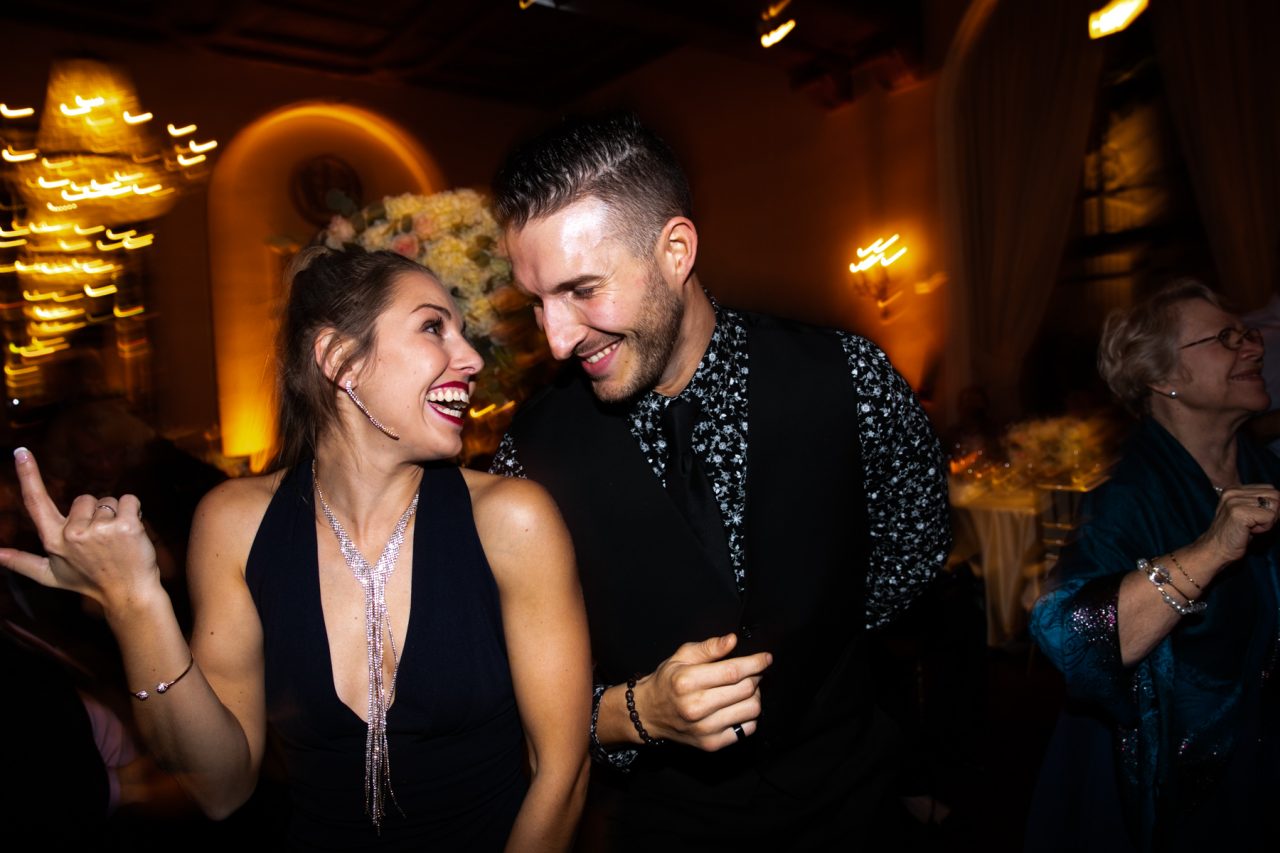 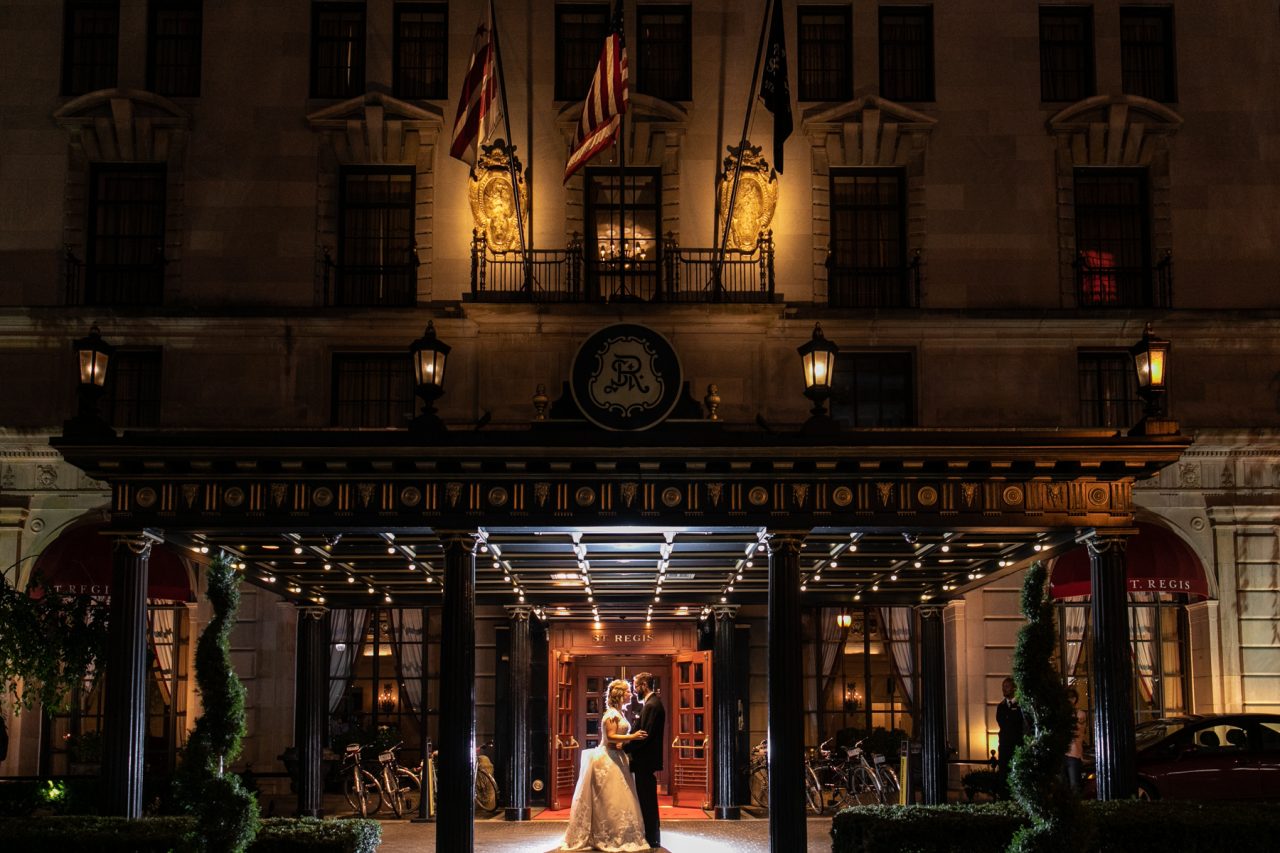