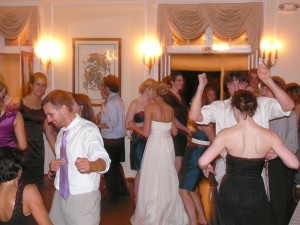 Woodend Nature Sanctuary is an Audubon Naturalist Society property featuring beautiful meadows, woods, and a 1920’s home designed by John Russell Pope, architect of the National Gallery. This was the setting for Katie and Jefferson’s warm early summer wedding this past weekend.

The ceremony was in the Grove, which was a few degrees cooler than the rest of the grounds on this June evening. A string quartet provided the music and a family friend officiated. The guests proceeded to the portico of the house and enjoyed Arnold Palmers (lemonade, iced tea, and vodka), the signature cocktail for the evening.

An enthusiastic introduction of the bridal party, then a lovely first dance

Guests were then invited into the ballroom for an enthusiastic family and bridal party introduction (to an instrumental “Tighten Up” by The Bamboos and “Bring ‘Em Out” by T.I.), followed by a lovely choreographed first dance to Van Morrison “Sweet Thing.”

Dinner followed on the tented patio, starting with a moving speech by the father of the bride. Later on toasts from the best man (Jeff’s 17-year old brother Jordan) and maid of honor Meredith were heartfelt and very well-received. Dinner music was a nice selection of acoustic alt-rock and jazz & pop standards mostly chosen by Katie herself—Eddie Vedder, Frank Sinatra, Norah Jones, Peter Gabriel, Coldplay, & The Foo Fighters—and set an informal & welcoming tone during dinner. 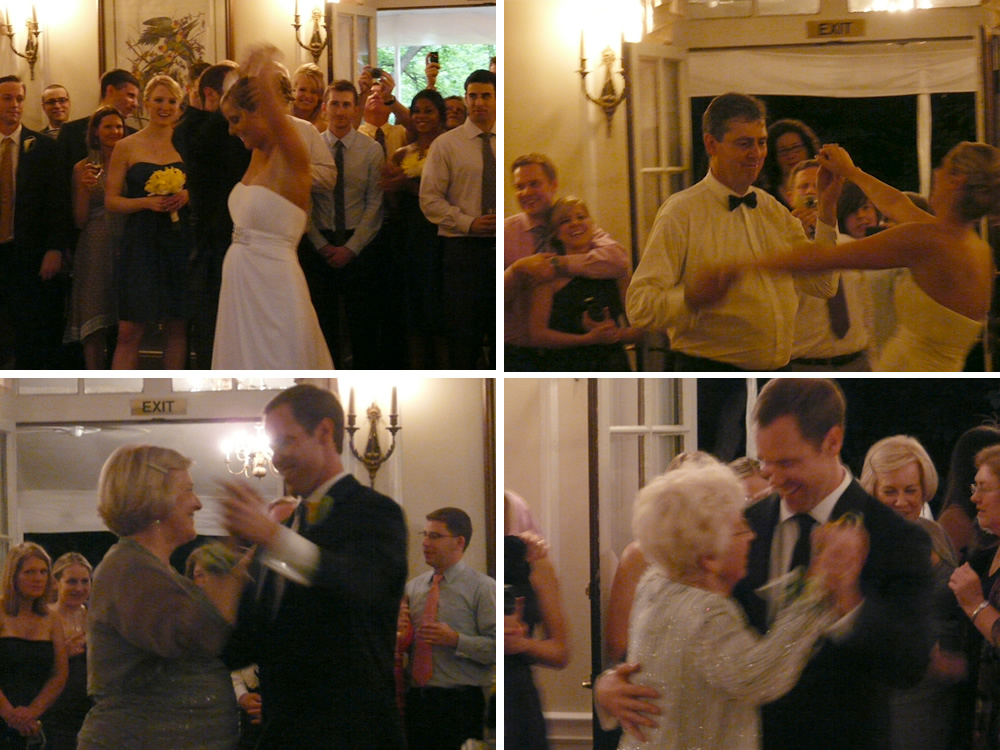 Guests returned to the ballroom to watch Katie dance with her father to Richie Havens‘ “Follow” (skillfully edited to 3 minutes from its original 6 minute length by Daryle earlier in the day). Jefferson and his mother danced to Simon & Garfunkel‘s “Bridge Over Troubled Water” and halfway through the song, they invited Jefferson’s grandmother to cut in, which she did to the surprise and delight of the guests in the room. 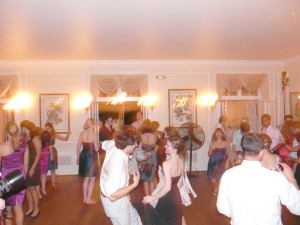 Despite competition from the warm evening and the beautiful outdoor setting Woodend provides, the dancefloor warmed up right away, thanks to a mix of classics and current pop (The Jackson Five, Bruno Mars, Queen, Adele, Madonna, Sam & Dave, & Stevie Wonder). Young Claire the flower girl seemed a bit overwhelmed by everything until her favorite song came on—Taio Cruz “Dynamite”—which got her on the dancefloor and entertaining everyone with some surprising moves, including one-handed pushups! And Andrew the ring bearer had some fierce moves of his own that other dancers joined in on.

The bride sang her own cake-cutting song, a cover of “Rhythm of Love”

We found out only weeks before the wedding that Katie has a fine singing voice of her own and has an ongoing home recording project with her friend Anita. Cake cutting was accompanied by their own rendition of “Rhythm of Love,” originally by the Plain White T’s. [Probably a first that a bride cuts her wedding cake accompanied by herself!] After cake cutting and the bouquet toss, Katie & Jeff had their own take on the garter ceremony (with the Commodores‘ “Brick House” providing the soundtrack), which led into a fun set of classic hip-hop, R&B, and funk (Joss Stone, The Isley Brothers, Tupac, Snoop Dogg, Jamie Foxx). 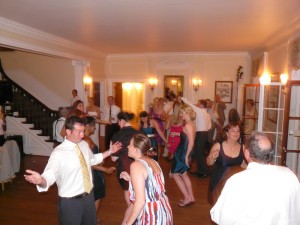 We finished up with some classic rock by request—Bruce Springsteen “Rosalita,” Van Morrison “Brown Eyed Girl,” and Billy Joel “Only the Good Die Young.”

The night wrapped up with another classic from Bruce Springsteen—”Born in the USA”—which was just the ticket to send the crowd home happy and sweaty. 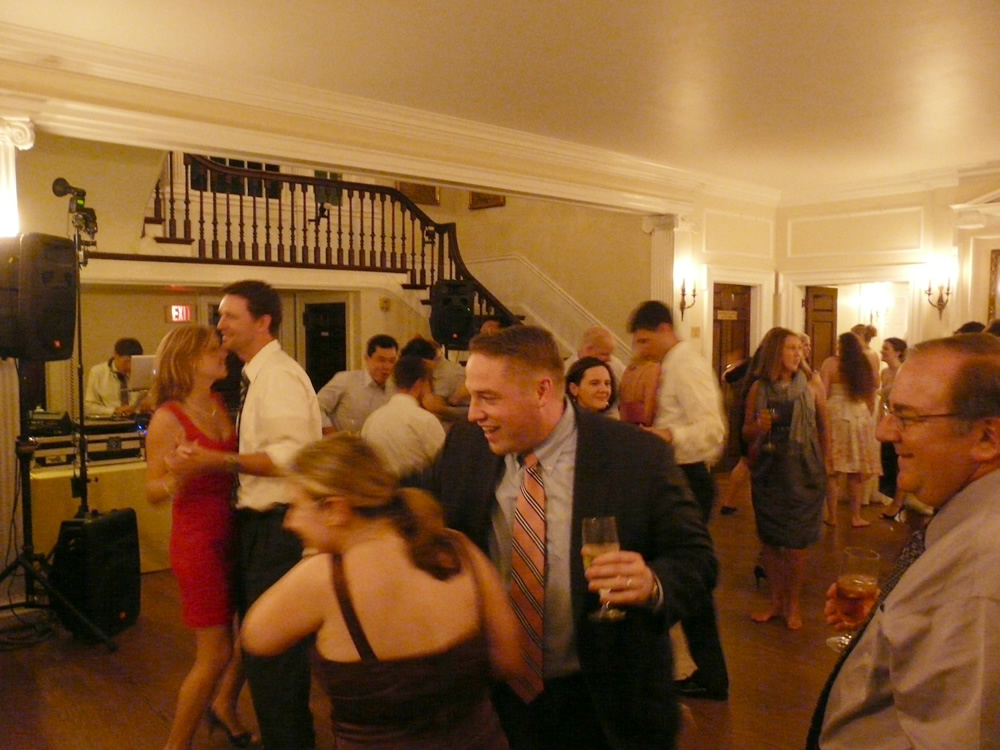