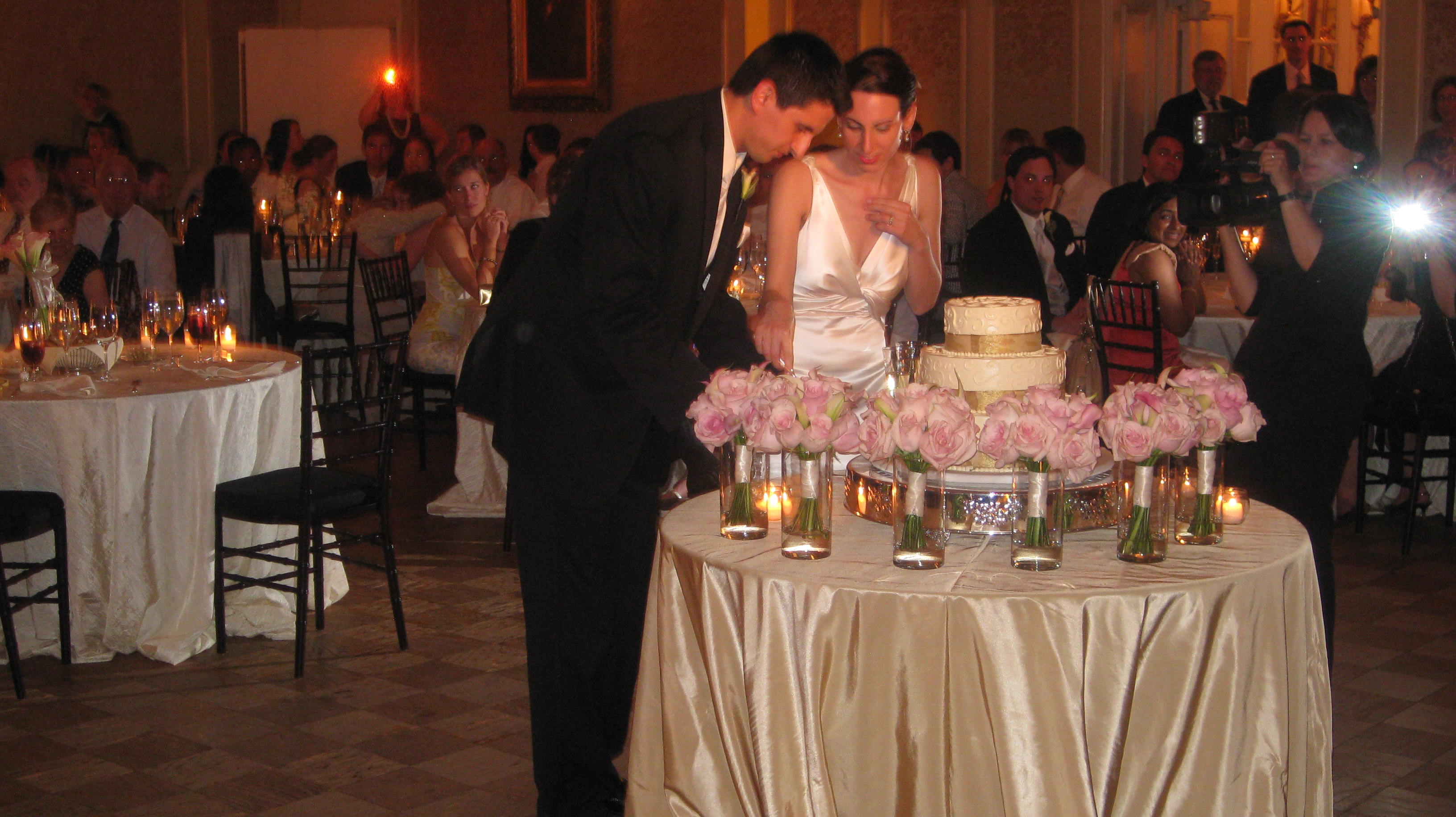 Katherine and Thomas at The Patterson Mansion

Katherine, Thomas and their guests brought some new energy to the old charm of the Washington Club in the historic Patterson Mansion on a sweltering summer evening last month. I had the pleasure of providing the entertainment. The immediate antidote to that July heat was a cocktail hour in the Patterson Mansion’s stately parlors that featured fruit and summer vegetable flavored drinks. Left to my own judgement, my soundtrack was eclectic, touching on everything from Sting to Jazzanova to A Tribe Called Quest to Tony Bennett. 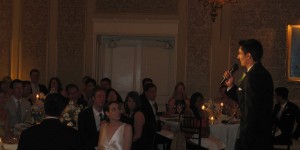 One of those parlors held the serving stations for dinner, the star of which was a taco bar. Amazingly, no formal wear fell victim to errant taco ingredients that evening. In between toasts that were punctuated by the great comic timing of Thomas’ brother and Katherine’s mom, I worked my way through a playlist that included Koop, Norah Jones and Quantic.

Getting the party started was an easy task with this spirited group. There were even a few surprises. Arrow‘s “Hot, Hot, Hot” set off a conga line that wound its way multiple times through the ballroom. Thomas’ buddies added some real life adventure to Steppenwolf‘s “Magic Carpet Ride” by carrying him around the dancefloor in a Superman pose. You kind of had to be there, but a photo will suffice. 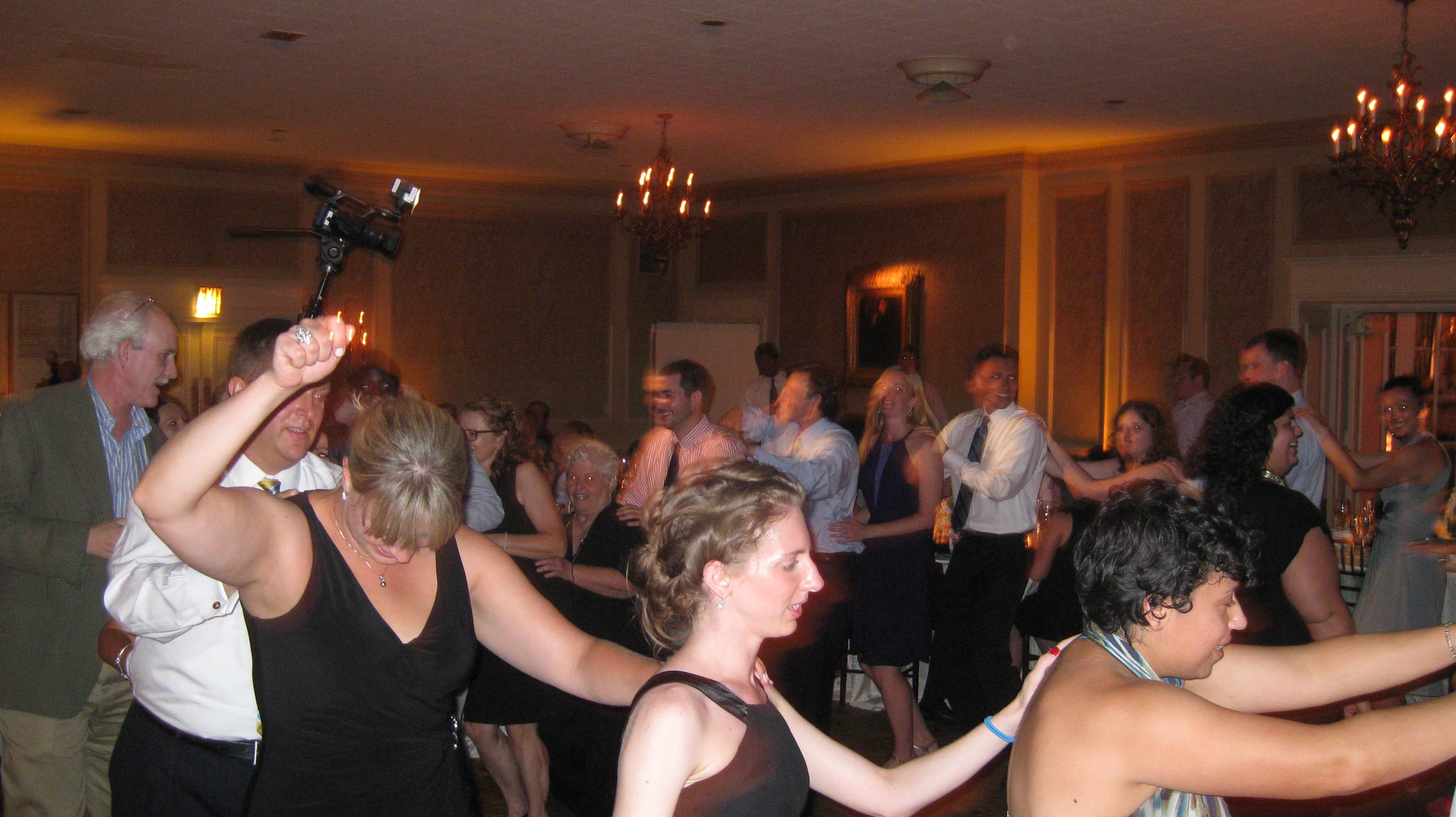 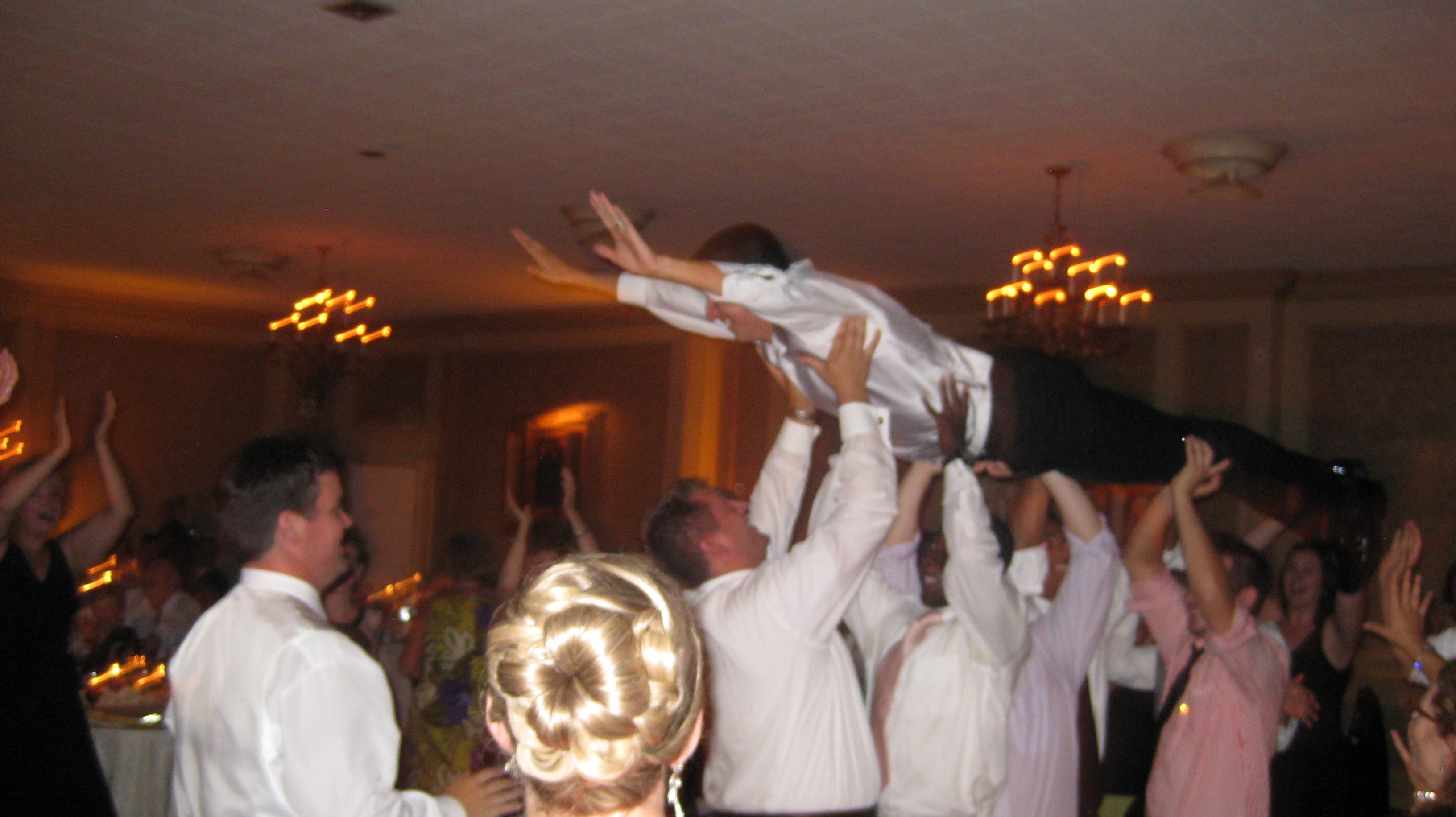 I had some fun with classic rock and ’80s hard rock, getting the biggest response in the room with ACDC and then Guns N’ Roses‘ “Sweet Child O’ Mine.”

Don Omar & Lucenzo‘s “Danza Kuduro” got the rewind treatment, getting brought back a second time due to crowd demand. Some Jennifer Lopez, Rihanna, Shakira and LMFAO rounded out the pop set.

After a crescendo with Journey‘s “Don’t Stop Believing”, I sent everyone home on an affectionate note with The Righteous Brothers‘ “Unchained Melody”.