the wedding was elegant and understated

The Decatur House is a beautiful historic venue for a wedding. Located right next to the White House and built in the 1700’s, the house features a lovely courtyard area that is surrounded by old houses and buildings. For this event Jon and Ana removed the tent which is usually in back, and used the outside area for cocktail and a chill-out area after dinner. Dinner and dancing were inside the main room, on a wooden dance floor rented especially for the event. The colors Ana picked where peach and white, beautifully laid out by the florist Yellow Door Floral Design, the room looked elegant and understated. The planner, Emilie from Bliss Weddings and Events, was deep in action when I arrived and the place was looking perfect. Amber Wilkie was on hand to capture every moment to come; see more images from Jon and Ana’s wedding at Amber’s blog post.

The Ceremony was held off-site so I sat up some speakers outside and was set up to play some music before the Mariachi band arrived for cocktail hour. As guest arrived I played a set of traditional Mexican music to warm up the mood for the Mariachi band. The band came in as the bride and groom entered and everyone started clapping as they came in with a nice bit of energy. 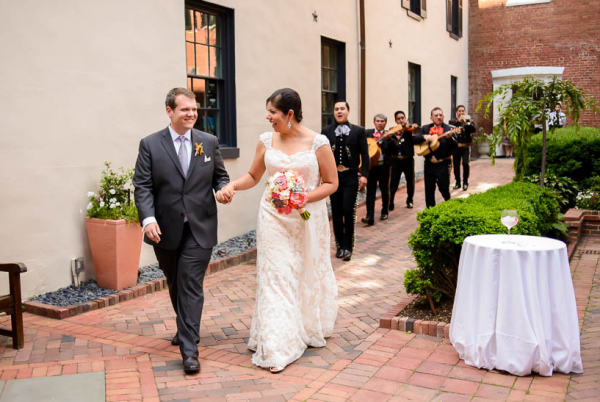 For dinner (provided by Occasions Caterers) we moved everyone inside, and I introduced the bride and groom to “I Love You More Than Yesterday” by Spiral Staircase and then went into their first dance with Alabama Shakes “I Found You”. We then had a welcome from the father of the bride and then father of the groom and the first course was served. I played a mix of some chill rock and classic Bossa Nova songs to keep the vibe chill yet somewhat upbeat. After the first course was dropped we had toasts from the best man and maid of honor which were both short and sweet, probably to 2 most perfect toasts I have heard this year. After dinner we had a cake cutting to Stevie Wonder “For Once in My Life” and then a short thank you from the Jon and Ana. 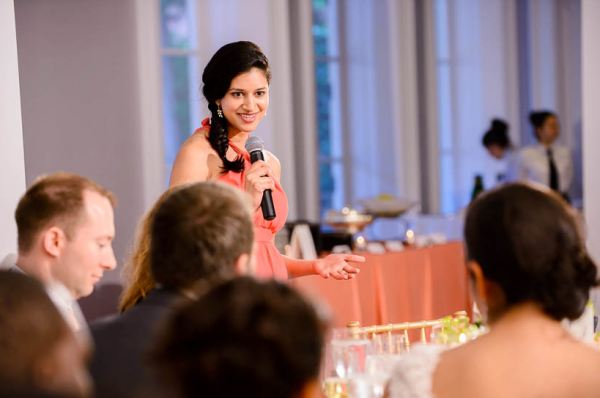 We started dance time off with a combined parent dance to John Doe “Forever Young” in which we had the other guests join them half way through. We then cranked it up and got everyone dancing right away. I was a bit worried since we had 3 hours of dance-time, which can seem long if people aren’t super into dancing, but in this case it worked out perfect. I started off with some Motown and some classic to get the vibe going and then dropped into some Salsa and Cumbia and the party really got going in full force. I mixed out of the Spanish music with some 80’s and everyone was along for the ride. I then dropped some patented secret mixes I have been working on and the party just flowed all night long. I knew I was doing something right when the Caterer gave me props, the staff asked for my card and even the security guard wanted to know where I DJ normally. The song of the night would have to go to Aha “Take On Me” in which everyone was singing their hearts out to with full on gusto. 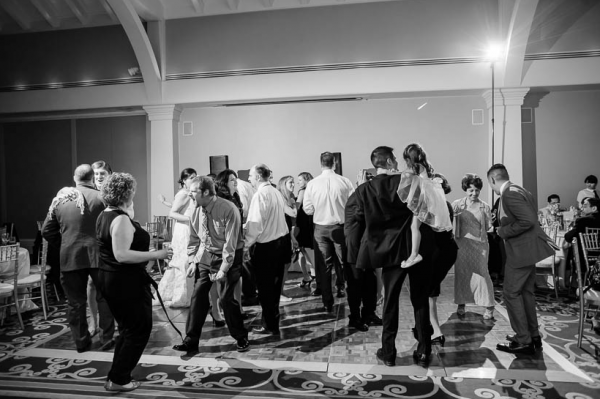 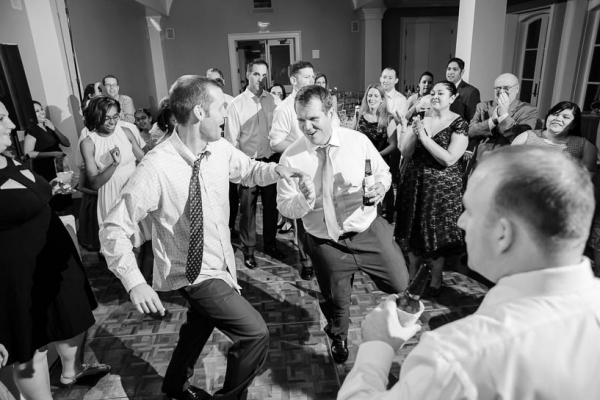 Before I knew it, it was time to wrap up so I played a fake ending song and then finally finished with Edward Sharp & The Magnetic Zeros “That’s What’s Up” and sent everyone off with a smile on their face. 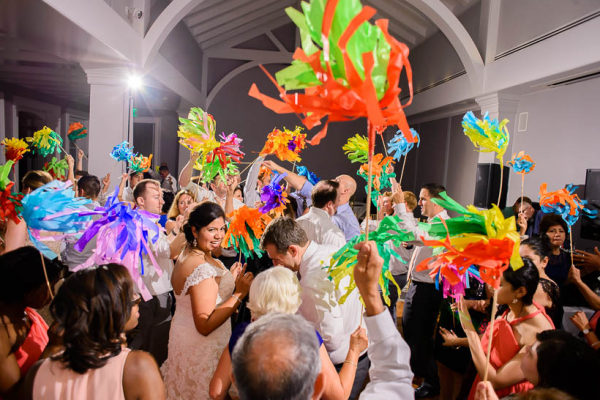