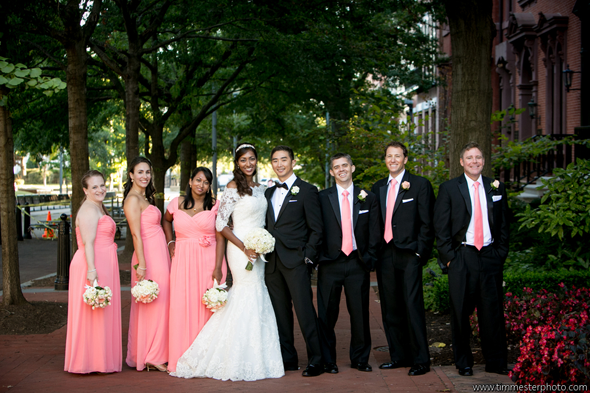 Upon meeting Joanna and Chris I was super excited to DJ their wedding; we clicked on music and vibe for the wedding right away and I just knew this one would be fun. Weather-wise it was a perfect day for their reception at Decatur House, which was a nice surprise since the first week of September was really muggy. I set up 2 speakers in the cocktail area and played a mixture of Bossa Nova and new stuff like Thievery Corporation. We then moved everyone over into the outside courtyard and the introductions were handled by a friend of the family and we introduced them to “Crocket’s Theme” by Jan Hammer. 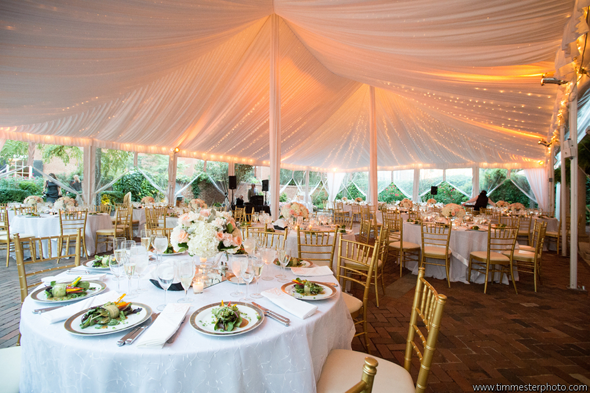 After the introductions we had a speech by the couple then the Father of the Bride and finally a blessing over the food by the Rev. During dinner we had toasts from the best man and maid of honor, which were both touching and funny. The food was amazing and everyone seemed very well fed. Musically I played a selection of crooner classics from Dean Martin, Frank Sinatra et al. For the first dance Joanna and Chris danced to “Is this Love” By Bob Marley and they did a combined parent dance to “Our Love is Here to Stay” by Ella Fitzgerald and Louis Armstrong. 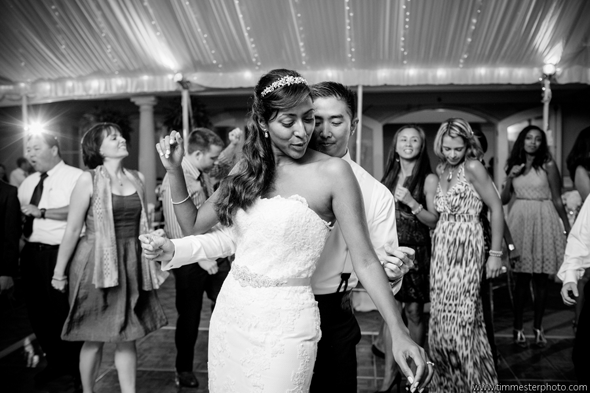 Soon after the parent dances we moved into dance time, I started with set of disco and 80’s with stuff like Bee Gees, Madonna and Michael Jackson. I tried to weave everything together in a fresh way and make each song pop and everyone really seemed to be enjoying the mix. I then moved into some newer stuff like Daft Punk, Calvin Harris and even some throwbacks like Kylie Minogue and JLo. As the we neared the end of the night I dropped into a set of classic hip hop with stuff like Salt N Pepper, De La Soul and Outkast. The song of the night would have to be “Can’t Touch This” By MC Hammer which I mixed with “Superfreak” by Rick James and a bunch of classic party jams. We ended the night with “I Will Go With You (Con Te Partiro)” by Donna Summer and Joanna and Chris were sent off in grand style. 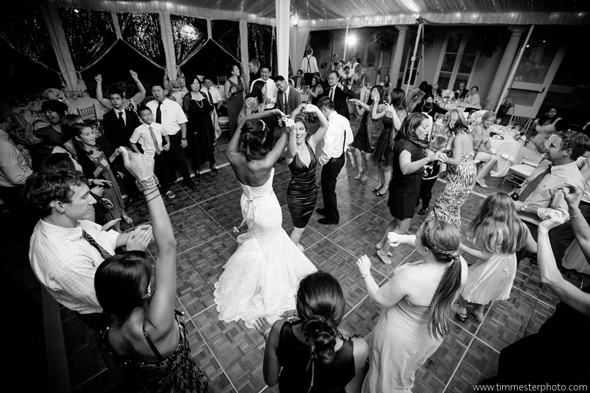