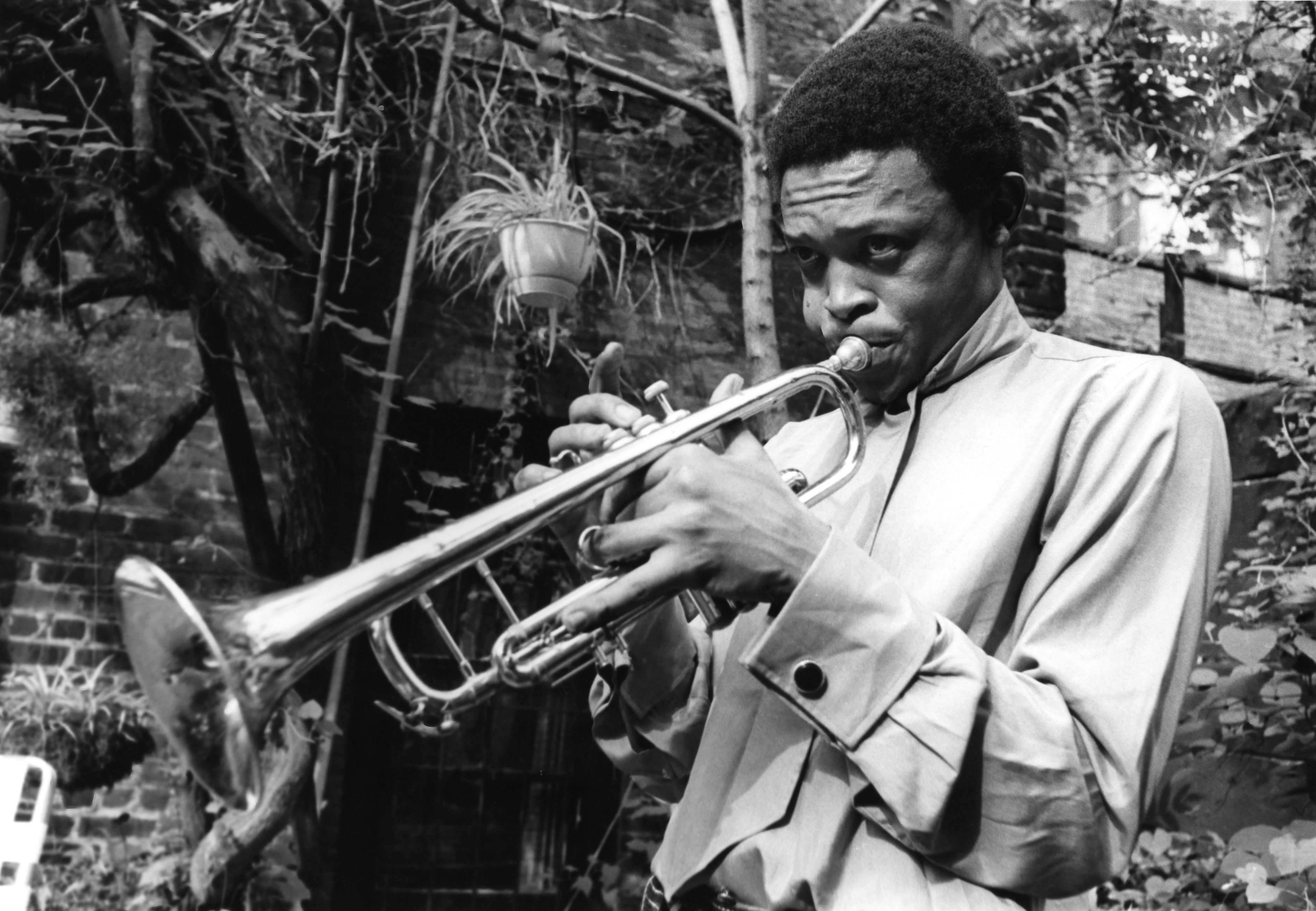 It is with the absolute greatest of sadness today that I write about the passing of the great South African trumpeter, Hugh Masekela. Masekela was a prodigiously gifted musician who could stake a claim to be one of the all-time greats of the instrument. He was a highly technical trumpet player with great taste, a wonderfully warm yet “cool” tone and an innate sense of funkiness. He was a trailblazer as one of the first African-born musicians to break into and influence western jazz. Many of his records are well loved in my household and I’ve also had the privilege of seeing him play live a number of times as he would frequent the DC area.

Hugh Masekela is someone who is hard to talk about in anything but superlatives. He was, until today, one of the last of a golden generation of jazz musicians who laid the foundations to the modern sound of jazz music and who played progressive, revolutionary music during their heyday. Masekela was true musical genius and one of the absolute lions of the form. His passing represents an enormous loss for not just South Africa (where Masekela was born) and America (where he made his career) but also to the world. To love music is to love Hugh Masekela as he was one of the most singularly musical humans to have lived during out lifetime. We are fortunate to have the many wonderful albums that he left us. While Masekela will always be best known for the deeply infectious instrumental hit, “Grazing in the Grass” (which fused Soweto Township Jive with Jazz), he released dozens of brilliant LPs and gigged relentlessly.

Hugh Ramopolo Masekela was born in 1939 in the Witbank Township in eastern South Africa. His father was a health inspector and sculptor and his mother a social worker. As a child, he began singing and playing piano and largely was raised by his grandmother, who ran an illegal bar for miners. After seeing the 1950 Kirk Douglas vehicle, Young Man With A Horn, Masekela decided to switch to the trumpet. His first trumpet was apparently given to him by the famed anti-Apartheid Archbishop Trevor Huddleston. Huddleston not only taught Masekela the rudiments of trumpet playing, but provided him and other young South African musicians the opportunity to play and hone their musical skills through the creation of the Huddleston Brass Band.

The trumpet proved to be a perfect fit and the young Masekela rapidly mastered the instrument, quickly graduating to leading his own combos before being hired for famed English industrialist Alfred Herbert’s African Jazz Revue. During this time he also found work in the orchestra as part of a stage production of King Kong, where he also met his later (ex) wife, career confident, musical collaborator and friend, Miriam Makeba.

Following the 1960 Sharpeville Massacre (where 69 protesters were shot by Apartheid policemen and the South African state subsequently increased repression including the banning of gatherings of ten or more people), Masekela fled South African through the help of Trevor Huddleston. He was also aided by numerous friends in the UK, including classical violinist Yehudi Menuhin and English jazz musician, John Dankworth. Masekela was admitted to London’s Guildhall School of Music. He also visited the States during this period and attended the Manhattan School of Music in New York, where he studied classical trumpet from 1960 to 1964. In 1964, Makeba (who fled South Africa alongside him) and Masekela were married but divorced two years later.

Masekela cut a series of jazz and jazz-pop records once in the States. His work was championed by the likes of Miles Davis (who famously loved Masekela‘s trumpet sound). He also had a hand in championing pan African-ism. This included work with Ghanaian jazz/funk group Hedzoleh Soundz, with whom he cut one of his (in my humble opinion) very best albums.

Masekela‘s music was also frequently highly political and Masekela was very outspoken about injustice. He came of age in the early 60s and fought both against Apartheid in his native South Africa and for Civil Rights for African Americans in the United States (often in partnership with his lifelong friend, the great singer and Civil Rights campaigner, Harry Belafonte). Masekela‘s 1977 song, “Soweto Blues” (sung by his ex-wife and longtime friend Miriam Makeba, became one of key anthems of the Anti-Apartheid movement in South Africa. Masekela spent his whole career not just playing music, but also in battling for justice and equity, and against poverty and racism wherever they lurked. He also wrote another key anti-Apartheid anthem in “Bring Him Back Home (Nelson Mandela)”, a deeply infectious tune from 1987 demanding the release of ANC leader Nelson Mandela‘s release from the infamous Apartheid-era political prison on Robben Island. Masekela‘s political activism also wasn’t limited to political oppression: he also had a strong interest in the plight of the poor, the downtrodden and those whose lives were consumed by extracting mineral resources for the material comforts of those in the West.

Hugh Masekela remained a vibrant, engaged figure throughout his career. He continued to serve as an informal musical ambassador for post-Apartheid South Africa, founded a no-cost music school for disadvantaged youth in Johannesburg (where Masekela resided when not touring), served on the board of the non-profit Lunchbox Fund that provides a daily meal to students of township schools in Soweto and toured. Hugh Masekela was one of the greats. We are all poorer as a result of his passing, but fortunate to have been enriched with the mountains of wonderful music that he left behind. 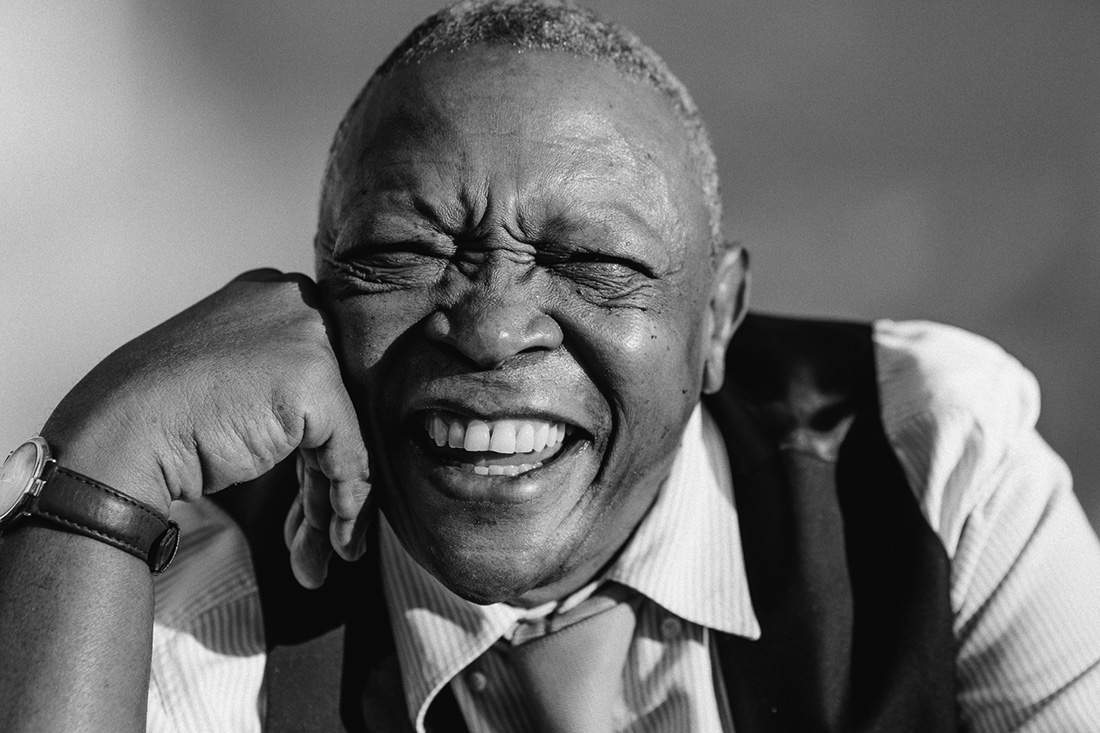