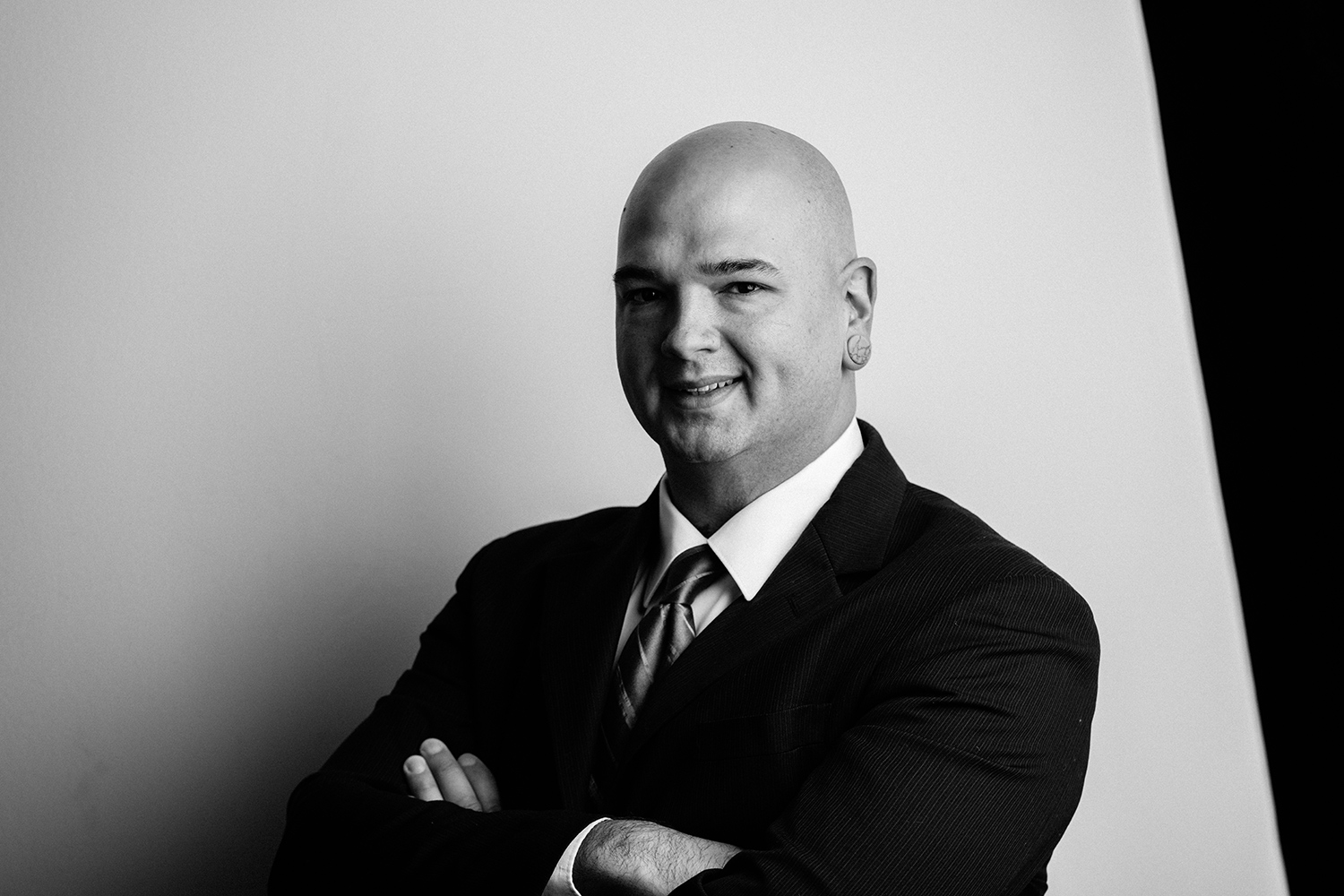 In 1993 DJ Atticus dedicated his life to playing underground dance music and hasn’t looked back since. He started with BreakBeats and then Ragga Jungle. Over the years he moved through to House, Hip-Hop, and Funk. Never being satisfied just blending records DJ Atticus learned to incorporate scratches and juggles into his sets. Also, he worked to break away from homogeneous blocks of the same beat by blending genres.

DJ Atticus is a mix master of all things banging. Heavy on the bass and riding on the rhythm with sick scratches DJ Atticus’ sets leave masses in a sweaty heap. Nothing is left off the table: DubStep, Electro, Hip-Hop and much more are packed into epic mixes.

DJ Atticus has shared the stage with Jesse Tittsworth, Faust & Shortee, All Good Funk Alliance, Spark Arrester and Souls of Mischief, just to name a few.

How often do you get on the mic?

When announcing events and depending on the energy level to hype the crowd a bit. If it’s a low key wedding I won’t start screaming into the mic, “Everybody scream for the new bride and groom!”

How long have you been DJing weddings?

What are some of your all time favorite wedding songs?

What kind of music do you DJ when you’re not at a wedding?

What is your philosophy on weddings?

For the couple it’s a once in a lifetime event. It’s important keep this in mind with each and every wedding. My job is not just to play music but to communicate with the venue, caterer, and photographer to ensure everybody is on the same page before events are announced. It’s important to me that the newly weds enjoy the reception. All to often I see couples not have time to eat dinner or enjoy their night because they are running their own wedding. I consider it part of my duties to take some of the burden off the couple so they can enjoy and celebrate their special day.

What size wedding do you prefer to DJ?

I don’t have a preference in size. Each event is unique and size can really set the tone. Small weddings are often, but not always, intimate and relaxed. Large weddings can be epic and high energy. I enjoy both and tailor what I do to accommodate each events specific personality

What do you do to motivate the crowd if no one is dancing?

This is where a play list from the bride a groom comes in handy. I look for something that will get toes tapping and then push the energy level up over 3 or 4 songs to coax people out. There are those event though when the guests aren’t big into dancing. In those cases I don’t push it. I play music that the guests enjoy at a level that allows them to spend quality time with friends and family.

What training have you received?

When I started DJing in 1993 I was the only DJ I knew so aside from a quick lesson in beat matching house music from a distant relative I was on my own. Since then I have learned much of what I know from experience and talking with other DJs. Even today I love talking shop with other DJs because I know there is always more to learn.

What problems have you encountered at a wedding and how have you solved it?

I was doing a outdoor wedding at a historic sight. The caterers plugged all their coffee makers in the same circuit that the lights and sound where plugged into. This happen 3 times within 15 minutes before I figured out what was going on. The first two times the bride and groom were very gracious but that last time was definitely testing their patience. See, nobody can tell the coffee wasn’t brewing, but when the music stops everybody is looking at me! When I figured it out I told the bride and groom that this will not happen again. I ran a 100 foot extension cord to anther circuit across the grounds and started the music back up. There were no interruptions for the rest of the night and we had a raging good time!

Who are your preferred DJ gear Manufacturers?

Rane TTM57 and Pioneer CDJ1000 MK3
The Rane mixer is superior for DJs that scratch and also allows me to control effects. I still enjoy playing on Technic Turntables from time to time as they are more accurate for scratching but CDJs from venue to venue tend to be much more reliable. Recently I purchased a Pioneer controller and have found it practical, versatile and loads of fun.

What are your favorite record labels?

what are some of your preferred clothing labels?

The only clothing line I ever wear religiously is Adidas. I’m not big on fashion: jeans, t-shirts, plaid button up shirts and polo shirts.

What are your favorite DC nightspots?

What is the best DJ moment of your career (so far)? 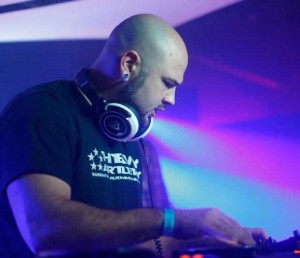 A few years ago I was doing less and less big shows and started doing smaller gigs. My club career was winding down and I was starting a family. I was asked to play tag team set at Tropicalia in DC. We were going to take turns playing for 30 minutes each thru out the night. When I got there it became clear there were 6 DJs and nobody wanted to start the night but I saw what nobody else did. A band had just finished and all the people that came to see them were leaving. I started playing a mix of funk, breaks and moombahton and all those people turned around and started dancing. I wasn’t on stage but was DJing on the dance floor. The others spent an hour and a half setting up on stage while I was in a sea on happy dancing people. Being hidden in plain sight made it even better. Instead of everybody looking at me on a stage or in a booth everyone was looking at each and dancing together. I wasn’t on a flyer and nobody announced me so it really took the ego out of it as well. It was a wonderful moment for me as a DJ.

What is your favorite live show(s) (strictly as a member of the audience)?

I saw DJ Craze at The Edge in the early 2000s. He had started playing Drum and Bass and being the DMC champion of the world several times over, his sets were technically spectacular and far from just fading two tracks. I had never before and never since seen a DJ performance so intricate, creative and perfect. Every juggle and scratch was flawless but dance floor friendly as well. I was able to get a spot to watch from behind the DJ booth and didn’t move from the time he started till the end of his set.

What are some of your favorite restaurants?

What are your five desert island discs?

My dream DJ gig would be somewhat small with around 200 people. Nobody is there to be seen or have there picture taken and everybody is there to dance to bass heavy rhythmic music.

What clients are saying on Wedding Wire:

“I used Atticus from DJ D-Mac for my 50th birthday party, not my wedding, but he would be wonderful for a wedding as well…

…At the event, he got there early, was totally set up by the time I arrived. During the cocktail and dinner hour, the music was perfect in the background, not too loud, but a good variety that fit the mood of the event, uplifting and fun. Several people made requests which he gladly added in. And then we got down to the dance party which rocked! Atticus did a perfect job of blending songs to keep everyone dancing until midnight (crowd could have kept going to dawn but the restaurant had to close). Each song resulted in people yelling “I love this one!” and jumping up to dance. There was no dead time or bad songs chosen that would result in the crowd leaving the dance floor.

The only bad part was since the songs were so good and flowed so well, I never sat down and my legs hurt the next day (I did turn 50 after all). Highly recommend Atticus and the folks at DJ D-Mac and Associates for your event. Will be at the top of my list for my next party. Several of my guests asked me for his contact info for future events.” 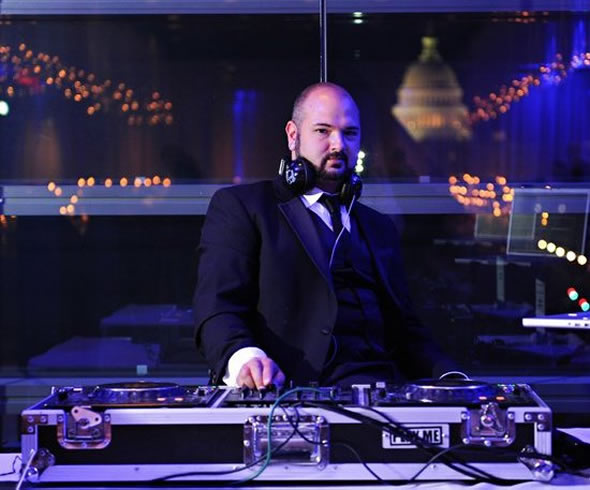