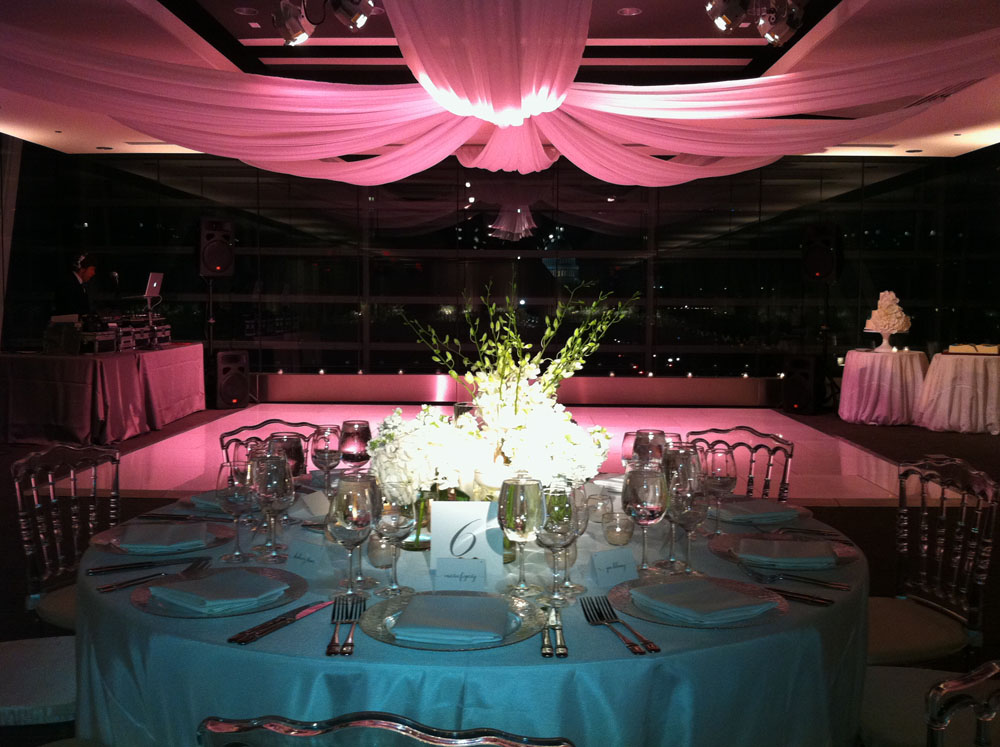 Last Saturday, we provided the entertainment at Catherine and Paul’s wedding at the Newseum in downtown Washington, DC. We were thrilled to work with our good friends from Simply Chic, who put together another elegant event that lived up to their name! The reception room was beautifully transformed, with white and green floral centerpieces from Philippa Tarrant, lush drapery by Fabrication Events, candles all around the edges of the room, set off with a gorgeous pink glow by Frost Lighting.

The Newseum features one of the best views in Washington. While setting up on the terrace, I watched the sun set between the Washington Monument and the Old Post Office, and the moon begin to rise over the Capitol dome.

As guests arrived at the Newseum, they were awestruck by the views of DC

As guests arrived for cocktail hour, they were awestruck and giddy with excitement! They relaxed to 80s tunes by The Police and Crowded House, mixed with new music from Royskopp and The xx. We heard Chet Atkins’ version of “Mr. Sandman”, followed by Portishead, Grizzly Bear, and “Lucy in the Sky with Diamonds” by The Beatles. 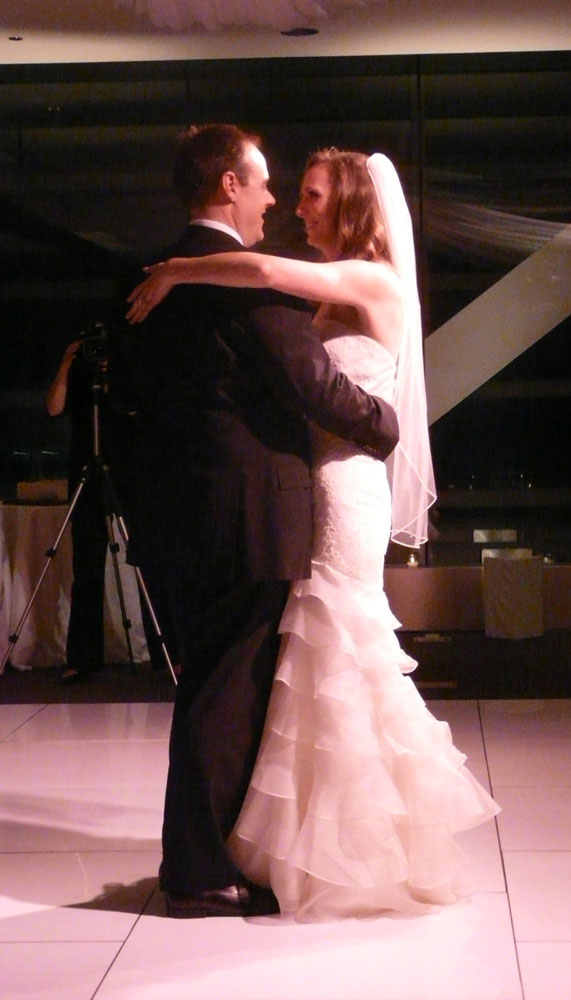 Paul and Catherine made their entrance to wild applause and performed their first dance, to Willie Nelson‘s “I’ve Loved You All Over the World”. Catherine was stunning in her white gown with cascading ruffles and veil. The guests were moved by an emotional toast from Cat’s mother Marianne. Dinner was provided by Wolfgang Puck Catering, and was worthy of his international renown. During dinner we heard an eclectic mix, including “Our Love is Here to Stay” by Blossom Dearie, “Unchain My Heart” by Trini Lopez and “House of Bamboo” by Andy Williams.

Catherine danced with her father to the Beach Boys‘ “God Only Knows” and they were joined midway by Paul and his mother. Everyone on the floor looked supremely happy!

The dance floor opened strong with a set featuring Creedence Clearwater Revival‘s “Down on the Corner” into Sam and Dave‘s “Soul Man” and Aretha Franklin “Respect”. 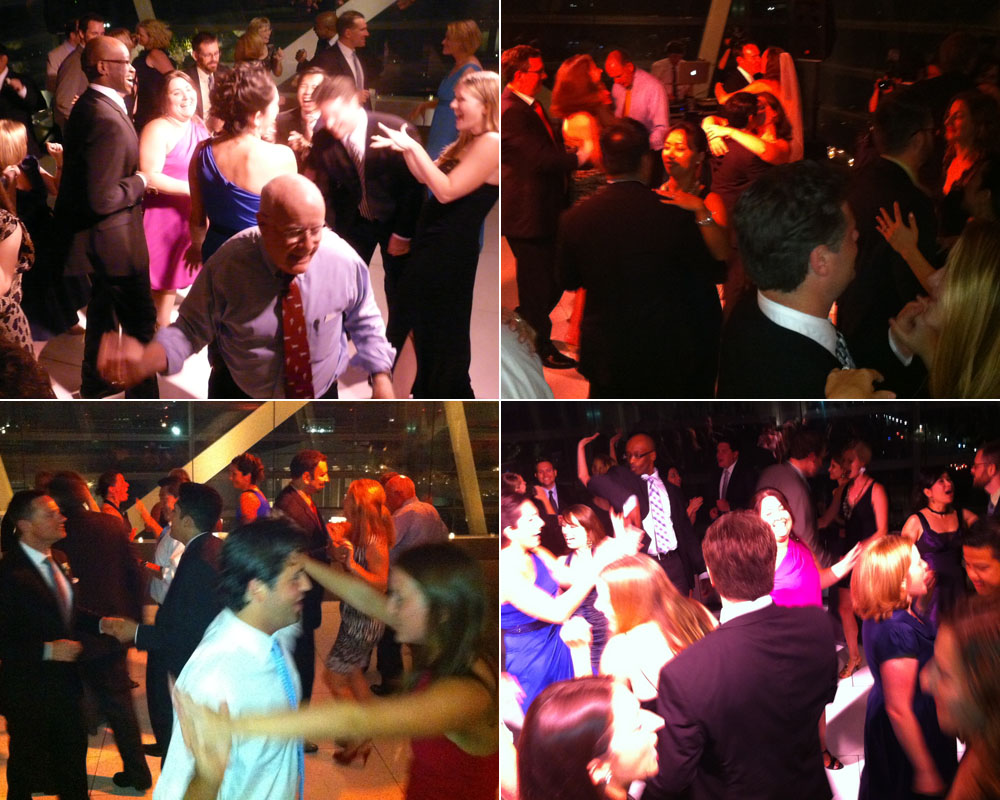 We slowed things down for a few minutes so Catherine and Paul could cut their cake, to the tune of “Empire State of Mind” by Jay-Z and Alicia Keys. The delightful groom’s cake was provided by Kendall Barrett and featured maps of the US and Europe, marked with some of the significant places from Cat and Paul’s lives so far. Catherine tossed her bouquet to “Where Them Girls At” by Nicki Minaj and David Guetta, and it was time to get back to dancing. 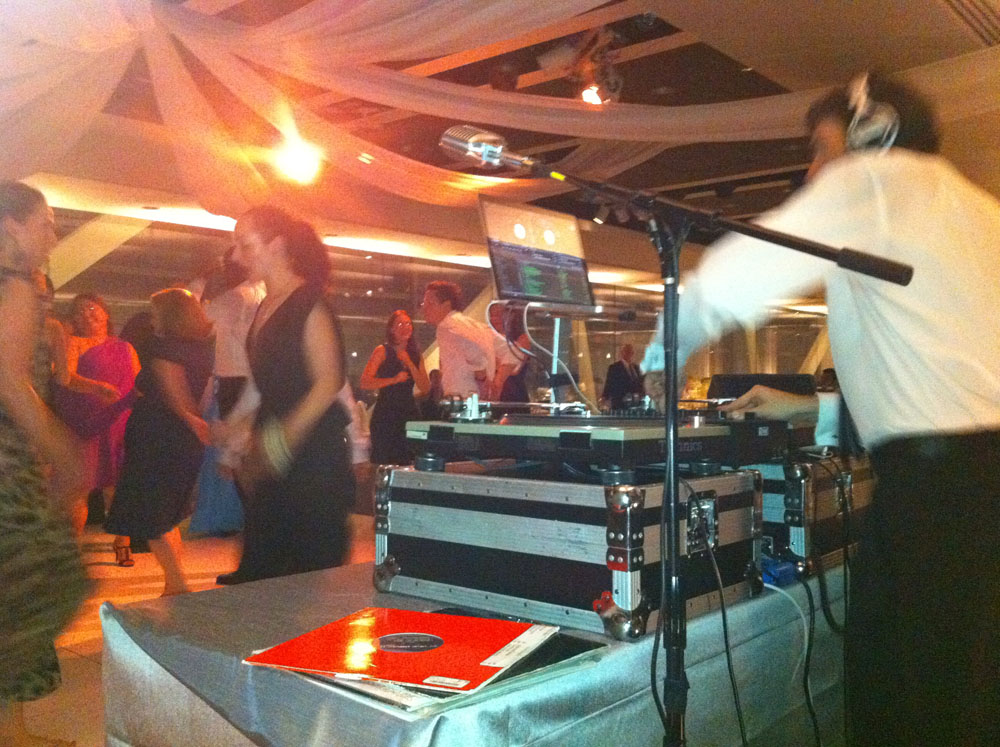 A big hit of the night was the Butterz mash of Ini Kamoze/Naughty By Nature “Hopstepper Hooray”. D-Mac blended Madonna “Express Yourself” into Robin S. into Prince “I Wanna Be Your Lover”. “Girls Just Wanna Have Fun” went out to the ladies who were having a great time after the heat in the room beckoned most of the crowd to the terrace. Paul Simon‘s “Late in the Evening” capped off this affair right around 1 AM, as a hardy group of partiers enjoyed cigars and drinks under the lights of the Capitol, like true Washington power players!