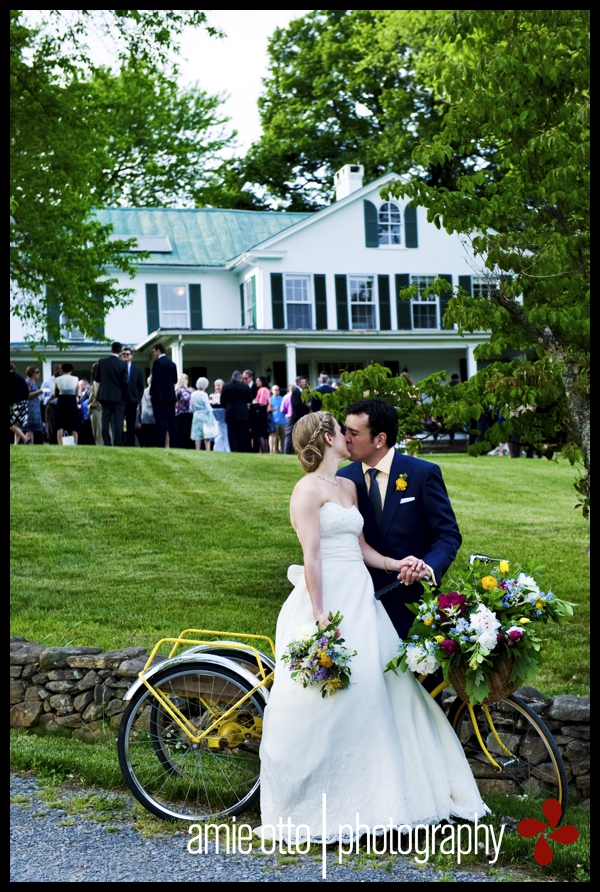 This weekend we had the pleasure of playing for Carolyn and Devon’s wedding at the Briar Patch Bed & Breakfast Inn, in Middleburg, VA. It was a beautiful day where guests were greeted by a charming yellow tricycle overflowing with an arrangement by Country Way Flowers.

The ceremony took place beneath the big oak tree and featured music by Isreal Kamamaw (“Somewhere Over the Rainbow”), Van Morrison (“Sweet Thing”), and Jens Lekman (“Into Eternity”). Cocktail hour was held on the porch and front lawn of the farmhouse. Carolyn and Devon were introduced to the crowd and went into their first dance, to “Northern Sky,” by Nick Drake. Carolyn’s father gave a welcome speech in which he described his first impressions of Devon. The only fault he could find was his red shoes. Devon is willing to carry the weight in the relationship and it shows how much he cares about Carolyn. 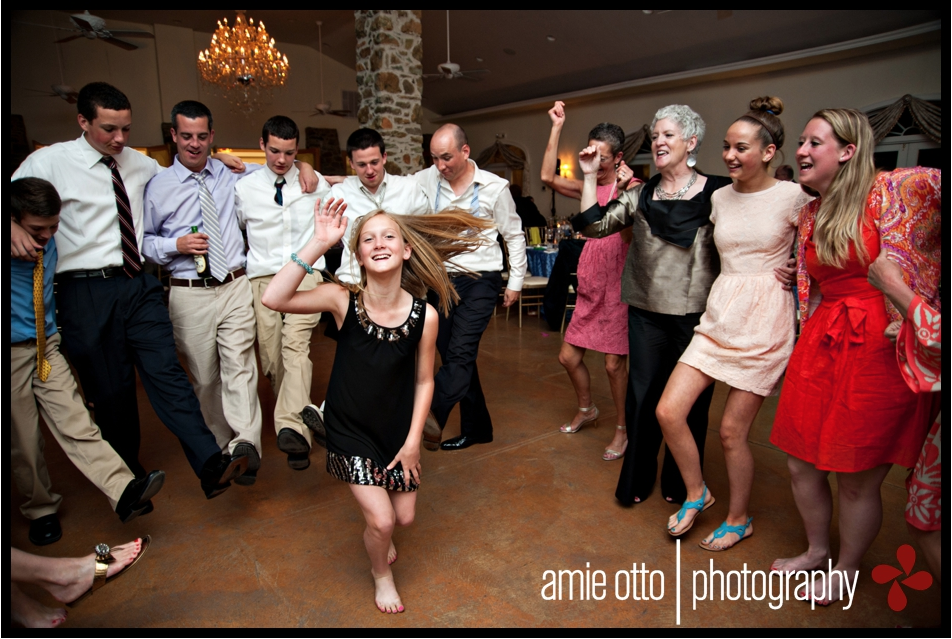 During dinner we heard “His Latest Flame” by Elvis Presley and “Mystery Train” by Little Junior’s Blue Flames. The Mynabirds gave us “Numbers Don’t Lie” followed by The Apple Scruffs’ edit of “Calico Skies” by Paul McCartney. Other music included “Me And My Arrow” by Harry Nilsson, “Everyday” by The Sea And Cake, and “First Day of My Life” by Bright Eyes. By special request, we heard “The Book Of Love” by The Magnetic Fields.

Dinner was courtesy of The Chef’s Table Caterers. After everyone had been served, we called the bride and groom up for the parent dances. Carolyn and her father started, and were soon joined by Devon and his mother, to “In My Life” by The Beatles. Amie Otto Photography was on hand to capture every special moment and they were lots of fun to work with.

The Maid of Honor told of meeting Carolyn in grad school and soon realizing “I need to be friends with this woman” because she raises the game. She later met the other half of the couple and decided “Devon is my people”. The Best Man recounted Carolyn and Devon being stranded together in a basement apartment during “Snowmaggedoncane”. He wondered how Carolyn got past Devon’s awkward but hilarious first impression – perhaps it was Stockholm Syndrome? He concluded “Snowmaggedoncane brought you together, and the end of the world won’t break you apart”!

The dancefloor opened with a wide ranging mix of music, from “Billie Jean” by Michael Jackson to “Kids” by MGMT. Nicki Minaj gave us “Super Bass”, followed by “Crazy People” by Sensato, Pitbull & Sak Noel. The crowd started shaking the tambourines to “Dance To The Music” by Sly & The Family Stone. We slowed things down so the happy couple cut their beautiful cake, provided by Victoria’s Cakery. We heard “Got To Give It Up” by Marvin Gaye and “Can’t Take My Eyes Off You” by Frankie Valli.

Things picked up again with “Jump Around” by House of Pain and the Toastbusters remix of Gotye’s “Somebody That I Used To Know”. We mixed some rock music into the dancing with “I Will Dare” by The Replacements. The energy kept building up with “Everlong” by Foo Fighters into Vampire Weekend’s “A-Punk” and “Take On Me” by A-Ha. 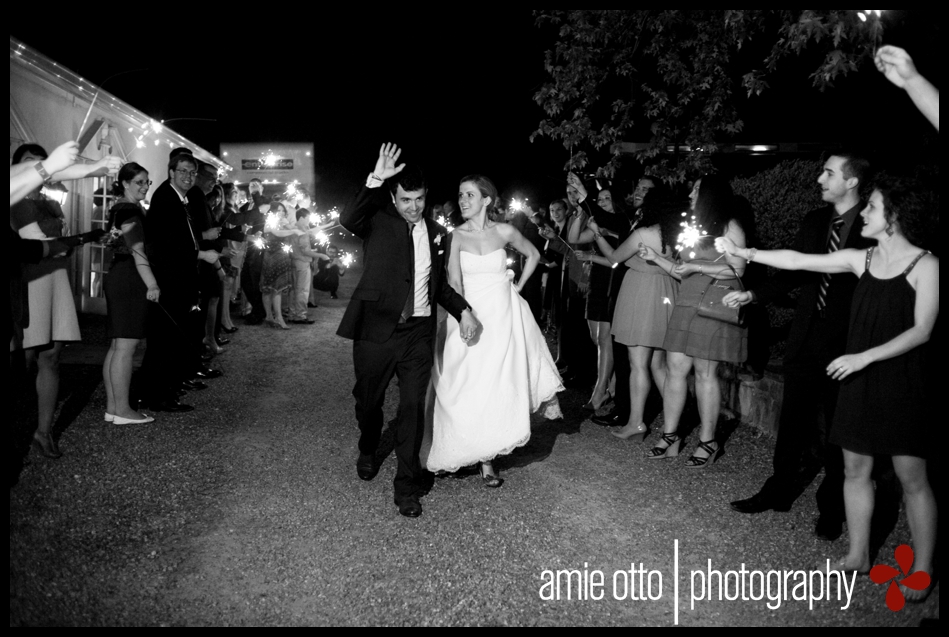 It was absolutely bananas by the time we heard The Beastie Boys’ “So Whatcha Want” and “Black and Yellow” by Wiz Khalifa. In honor of Mothers’ Day, we heard “Mamma Mia” by ABBA and Devon and his mom had a spin around the floor. The evening ended with “Cruel To Be Kind” by Nick Lowe before everyone gave Devon and Carolyn a sparkler sendoff. It was a fantastically fun night with a great couple!