Alex & Kelly wait for the rain to stop in Leesburg 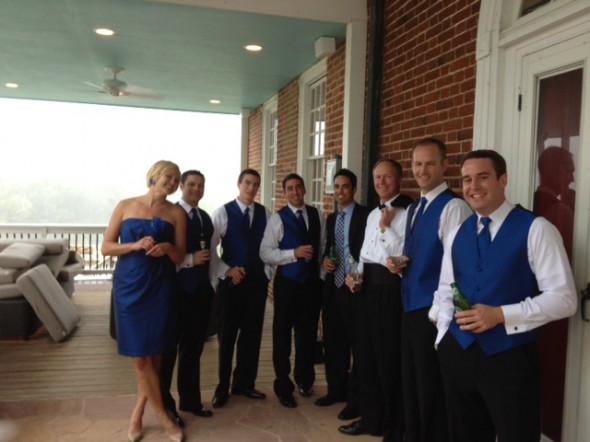 A hot and steamy early September day in Leesburg, VA turned into a torrential monsoon about two hours before the scheduled 5PM (outdoor) ceremony. I didn’t see much of the bride early but the groom and his groomsmen made the best of it drinking beers on the porch and watching the deluge.

Finally at 4PM the Merriweather Manor staff made the call to set up outside as soon as the rain broke, which thankfully it did.

After a cocktail hour featuring music (all on original vinyl) from Donald Byrd, Herbie Hancock, Cal Tjader, Frank Foster and Gabor Szabo, the guest were seated in the large tent set up in front of the old colonial mansion. 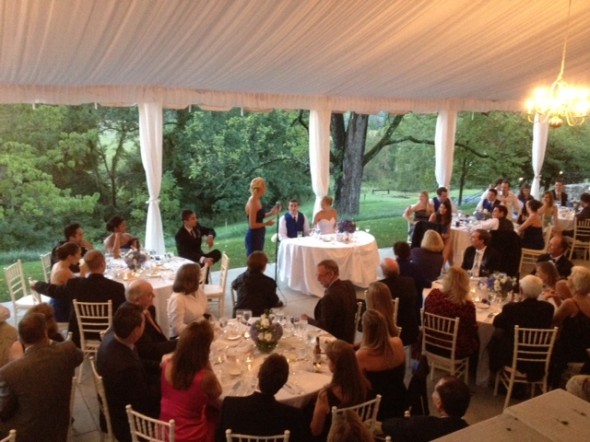 From there they could see the buffalo herd grazing in the valley while they enjoyed their dinner. Dinner music was all Beatles (or Beatles-related music featuring covers by Frank Sinatra, The Supremes, Chet Baker, Stevie Wonder, Booker T. & the MGs, and Claudine Longet) per the couples’ request. A big thanks for DJ D-Mac for helping here!

Dinner ran a little long (lots of good toasts) so that didn’t leave much time for the dance party back outside but the guests made the best of the last hour dancing to such wedding staples as Michael Jackson, Rick James, and James Brown, but also to some country hits from Zack Brown and Toby Keith. Outkast made an appearance (on vinyl not in person) as did Ike and Tina Turner. Queen and a sparkler show closed out the (by then glorious) evening. 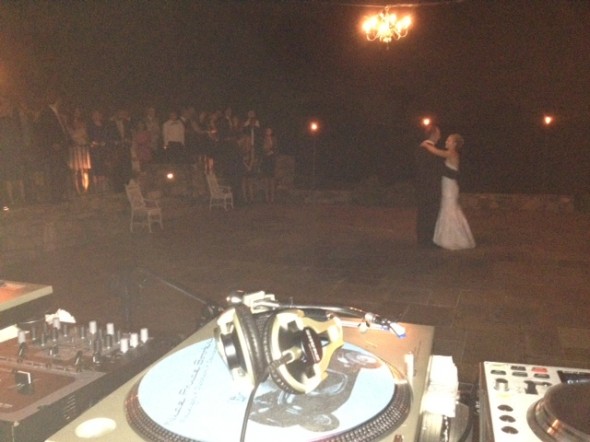 DJ’s favorite song of the night was Johnny Nash’s “I Can See Clearly Now.”